* Since 2017, the peace and stability have substantially improved 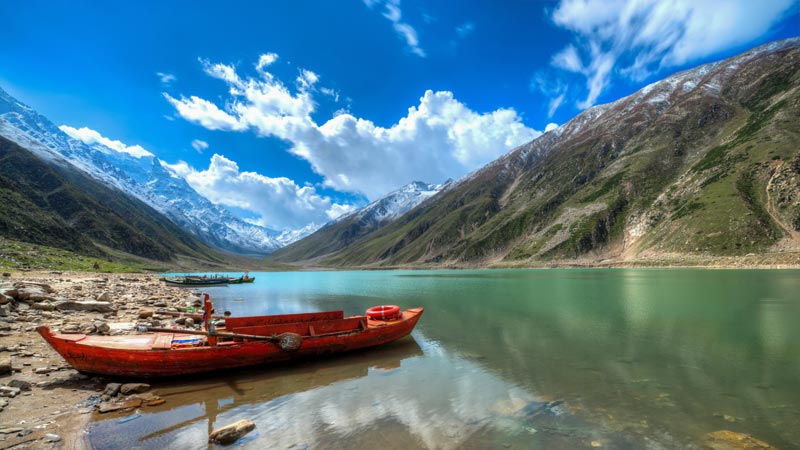 Pakistan is one of the world’s most underappreciated tourist destinations. It goes beyond what you see in the news about a corrupt political system, terrorism, and other such issues. The tourism sector in Pakistan has all but vanished as a result of this bad depiction of what is truly a beautiful country. Pakistan is not only safe for tourists, but it is also rich in multiculturalism, colourful festivals, breath-taking landscapes and much more.

Since 2017, the peace and stability have substantially improved, and there are now a plethora of tour companies and free online resources emphasising that visiting Pakistan is not only safe but also a once-in-a-lifetime experience. Read below to find out what are the reasons why you should travel to Pakistan and look into some pia ticket booking to find your best deal.

NATURAL ATTRACTIONS —Pakistan is known for its geographical beauty, since it encompasses a wide range of natural phenomena, from rolling green hills in the south to towering peaks in the north. It has large plains and rivers, oceans as we approach Sindh province, and lastly vast deserts, making it a veritable treasure trove of nature’s offerings. One of the reasons the environment remains so fascinating is because most of it has been left in its most natural state. Let us not forget that Pakistan is home to five of the world’s highest and most magnificent mountains.

TRADITIONAL FOOD — Pakistani cuisine is renowned for its mastery of a wide range of herbs and spices. Every traditional cuisine is a unique creation whose recipe has been passed down through the years to ensure that it has the correct flavour. Each food, whether lentils, chicken roast, or even lamb, must be seasoned and perfectly cooked so that when the final dish is produced, every mouthful is a delight to eat. The country is also recognized for its distinctive sweets known as ‘Mithai,’ which are sweets produced with traditional recipes and topped with a variety of nuts. Because Pakistan is recognized for its agriculture, you should expect to sample organic fruits and veggies that you can only imagine.

OPEN & HOSPITABLE LOCALS — in Pakistani culture, being hospitable is ingrained; there is no such thing as an official invitation; you are simply welcomed. People will call on each other at home without having met before, shops will invite you to drink chai with them while you browse infinite pieces of fabric, and if you’re visiting the country, you’ll be welcomed with open arms. Almost everyone who goes raves about how nice and helpful the people are, and there are some amazing examples of this.

PAKISTAN’S MUSIC — Pakistan’s music is as diversified as it is beautiful, and it has always helped to put the country on the map. The next generation of Pakistan’s talented musicians can be found playing indie rock in city coffee bars, rapping about the Balochistan province on music services dedicated to promoting Pakistani music, or performing live in open areas or at small Qawali gatherings.

CULTURAL DIVERSITY — Pakistan’s cultural diversity is extensive, spanning four regions. There are variances in food, art, traditions, and manner of life from one area to the next. In any case, everything in this country entices each of the senses and it’s a fascinating experience learning about the various rituals and practices that combine to make Pakistan the melting pot that it is.

BEAUTIFUL MOSQUES & TEMPLES — beautiful mosques and temples may be seen all around the country, putting others to shame. In Lahore, the Badshahi Mosque is a beautiful dome structure with unique design details. Another must-see mosque in Sindh is the Shah Jahan Mosque, which is entirely made of marble. Other mosques, on the other hand, are adorned with beautiful artwork, making them highly distinctive architectural masterpieces to admire. In addition to mosques, Pakistan’s diverse religious landscape means that old Hindu temples can be found. You won’t want to miss these beautiful structures, which are filled with rich history and historical architecture designs like domes and carvings.

Pakistan is one of the world’s most exciting and fascinating countries, so don’t hold back and book your trip there as soon as possible!