Naveed Iqbal – a dutiful, courteous cop is no more 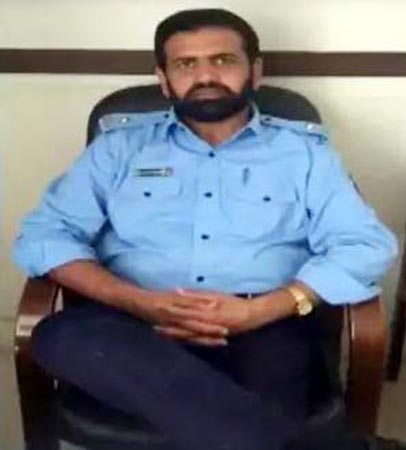 Surfing the internet daily on my cell phone for news updates has been my favorite pastime for ages. It’s something that I can’t resist due to my journalistic background.

As I opened my favorite news site on Saturday, the main news gave me the shock of my life. It read: Many dead as heavy snow traps vehicles in Murree. A pall of gloom blanketed me and I felt heavy, somber and giddy.

It was something unusual. At least, this thing never occurred in my whole life — dozens freezing to death not in a far-off or back of the beyond area but right on a major road not far off from the federal capital only because of extreme degree of unpreparedness and inattention and clinical disregard for human life at the government level. Even a sea of justifications can’t absolve the government of this criminal negligence, and no amount of monetary compensation can compensate this tragic loss that has left every human eye teary.

Another rude shock was the death of seven family members including an officer of Islamabad police. ASI Naveed Iqbal, along with his four children, a niece and a nephew, froze to death. The name of the officer intrigued me to confirm if this was the officer I had met at the I-9 Industrial Area police station in December 2020. Within minutes, it was confirmed that the officer was Naveed Iqbal, who was posted at the Kohsar police station. He was reader to the SDPO when I was taken to the Industrial Area police station in a fabricated case in which I was exonerated by the court.

My mind traveled back to the days when I was summoned at the police station. Honestly, my perception of police was no different from the public one. And everybody knows it is not good for in spite of their top bosses’ exhortation every now and then, the subordinate force, especially the low rankers, have failed to turn over a new leave — becoming courteous and friendly to the general public.

Naveed called me up asking me to appear before the SDPO for re-investigation. With myriad doubts clouding my mind, I went to the room of Mr Naveed and introduced myself. I was expecting the usual rough, emotionless and unfriendly police attitude but to my utter surprise, he not only talked to me in a calm and cool manner, but also offered me a seat and served me with a cup of hot tea.

While thumbing through the file, sometimes he would raise his head and ask me a question in a friendly way. As I answered, scanning my face, Naveed would bury his head in the file and then come up with another question. During this sitting, it never occurred to me even once that I was sitting in a police station in front of an officer. We all know very well that the very idea of visiting a police station or facing a police official scares the common man.

Many things were crowding my mind one of them was maybe he will ask for money that’s why he is trying to be so friendly and humble. To my pleasant surprise, he did not ask for anything. Mr Naveed’s behavior changed my image of the police, as he did all the things with full honesty and passed the file on to the next office.

The most noticeable thing was that he would go out for prayers after every Azaan. During my one-month interaction with him, I found him a thorough professional and honest officer. I also saw him helping the people who would visit his office.

He was a beautiful soul who was always ready to support others with a smiling face contributing to the positive image of the Islamabad police. Naveed has left for his heavenly abode leaving me heavy-hearted, as in his death not only this nation, but also the Islamabad police have lost an officer, who contributed to their positive image with his professionalism, civility and politeness.

Some people come into our lives and leave footprints on our hearts and minds. You don’t come across many of them and when you do, they leave a lasting impression. Naveed Iqbal was one of such very few people I have come across in my life.

I want the entire police force of my country to endear themselves to their people through their good behavior and compassion. The people of Pakistan are blessed with a heart of gold; they are loving, caring and quick to forget and forgive. They expect no favour from their police but good behavior and safety and security. No matter wherever they are, their presence shouldn’t scare their own people who pay them salaries by paying huge taxes to the government.I wrote these few lines for ASI Naveed only because of his professionalism, dutifulness, honesty and good behavior. I pray to Allah Almighty to bless him with Jannah and grant courage and fortitude to the family members to bear this huge loss.