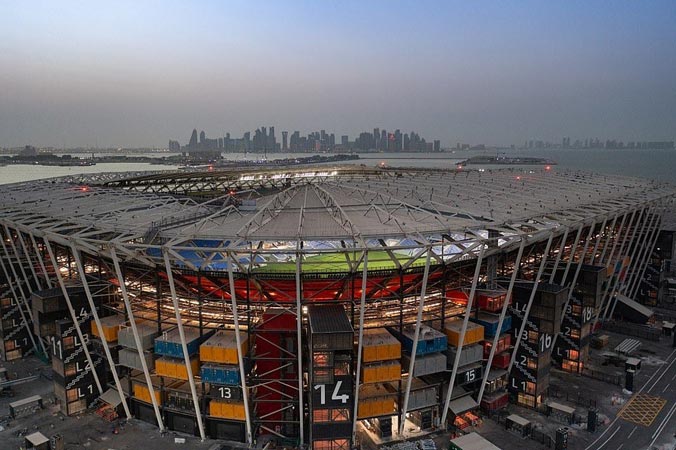 The Fifa World Cup takes place in Qatar later this year and one of the contest’s eight stadiums is unlike any venue that’s ever hosted a World Cup game before.

Stadium 974 is made primarily from repurposed shipping containers and capable of being completely dismantled and put back together like Lego after the tournament is over.

Located near Doha Port, the innovative 40,000 seat venue consists of a modular steel frame and 974 shipping containers – hence the name of the stadium.

Many of the containers are used to form the exterior walls around the stadium. Others are located inside the structure and filled with the likes of toilets and concession stands.

The whole structure has been built in such a way that it can be deconstructed at any time and either rebuilt in another location or refashioned into a series of smaller venues.

The unusual building material was chosen to lower construction costs and to improve the sustainability of the venue by reducing both the waste generated during the production of stadium components and the waste created on-site during construction. 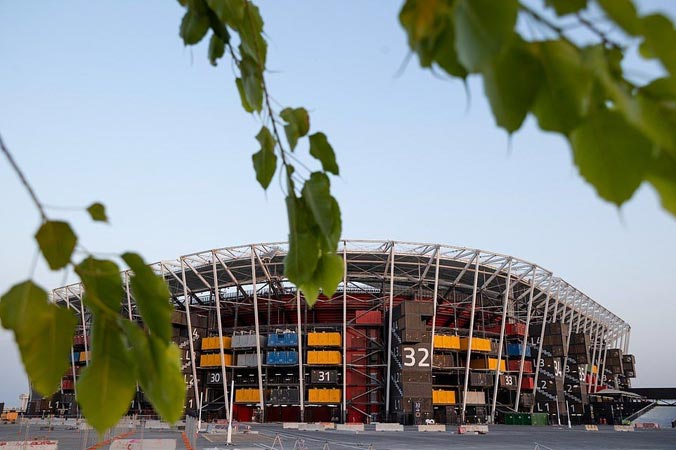 The combination of the stadium’s waterside location and its bowl-shaped design, meanwhile, avoids the need for air conditioning as it is naturally ventilated, which further improves its sustainability.

HE Hassan Al Thawadi, secretary general of the Supreme Committee for Delivery & Legacy, which is the organisation responsible for preparing Qatar’s infrastructure for the World Cup said: ‘We consider this innovative venue a game-changer for future mega-event hosts. It is another example of the powerful legacy our World Cup will leave.’

The Fifa World Cup 2022 will kick off on November 21 with an opening ceremony at the 60,000 seat Al Bayt stadium in Al Khor.

Stadium 974, which also shares its name with the dialling code of Qatar, will host seven matches during the tournament.

Khalifa International, also in Doha, has a striking eye-shaped design. Al Janoub is a futuristic-looking oval venue. Education City has zig-zagged sides. Ahmad Bin Ali has more of a conventional look to it.

Al Thumama, meanwhile, is shaped like a gahfiya – a traditional woven cap adorned by men and boys across the Middle East for centuries.

The design of Lusail Stadium, meanwhile, has been inspired by ‘the interplay of light and shadow that characterises the fanar lantern’.

The Qatar World Cup has attracted its fair share of scrutiny over the past months. It has experienced hostility from neighbours, been subject to corruption investigations and faced criticism over worker abuses.

Further protests from both players and rights groups are expected to take place over the coming months, although World Cup organisers are defensive.

Organising committee CEO Nasser Al Khater recently said: ‘Qatar has been unfairly treated and scrutinised for a number of years.’