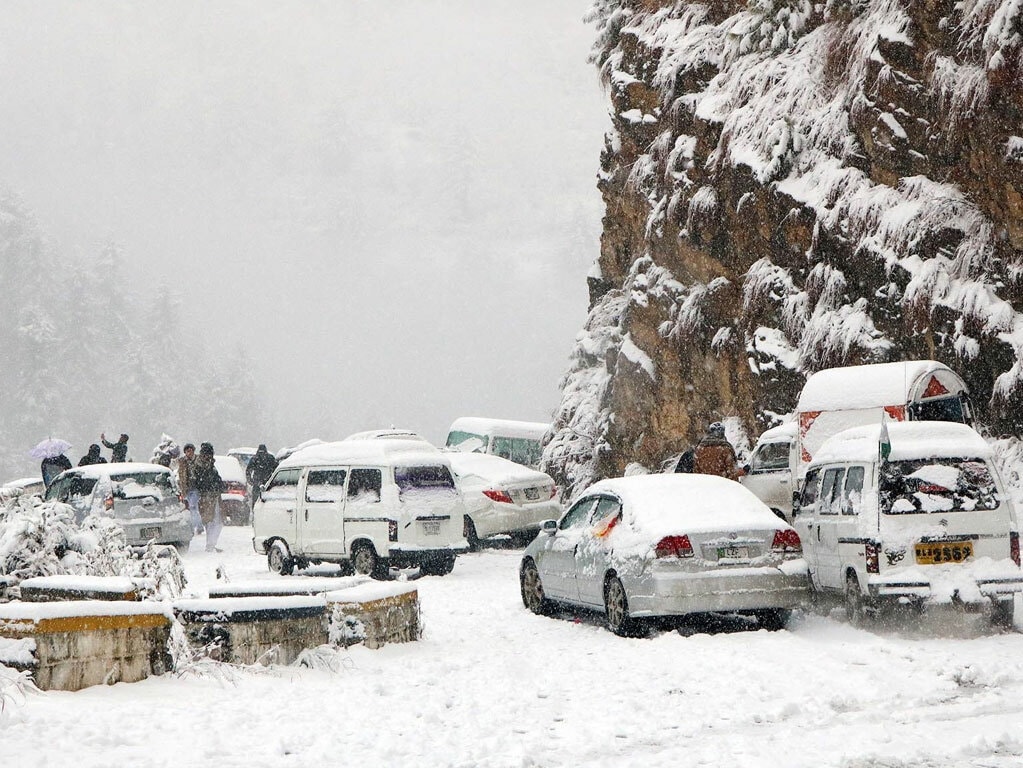 ISLAMABAD: Interior Minister Sheikh Rasheed Ahmed said that the federal government took a decision to close all roads to Murree to restrict the inflow of tourists.

Sheikh Rasheed Ahmed said that the decision for the closure of roads to Murree was taken in view of the heavy inflow of tourists who are rushing to the hill resort to enjoy snowfall.

The interior minister said that tourists will be diverted to the alternative routes from Murree.

Rasheed appealed to tourists not to head towards Murree and Galyat, already packed with a large number of tourists staying in the hilly areas. He added that more than 100,000 vehicles have entered Murree and Galyat, causing a disruption in the traffic flow.

He said that Murree and Islamabad administrations are actively assisting the tourists there.

According to Rawalpindi Deputy Commissioner (DC), more than 125,000 vehicles have entered Murree amid heavy snowfall, whereas, the electricity supply was also suspended. He appealed to citizens not to travel to Murree.

The assistant commissioner told the media that 7,000 vehicles have been safely evacuated from Bariyan. He also asked tourists to shun travelling to Galyat due to snowstorms.