Betty White passes away at 99 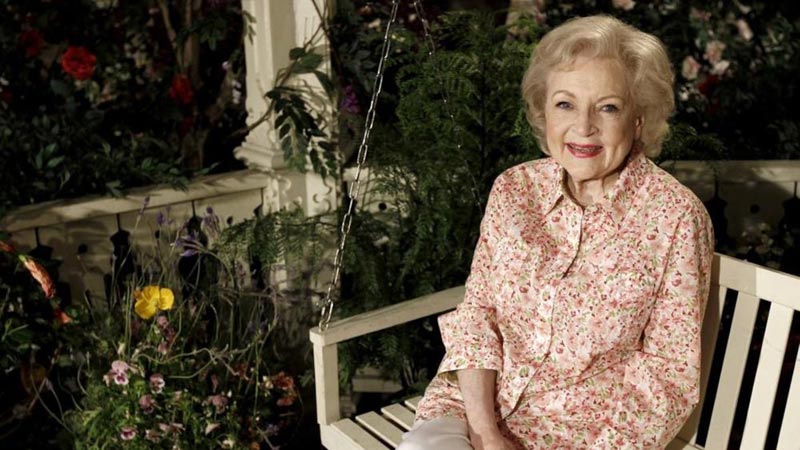 Hollywood icon Betty White has died, just days before her 100th birthday. The legendary actress, who delighted fans as Rose Nylund on seven seasons of The Golden Girls, passed away at her home in Los Angeles on Friday, Dec. 31.

“Even though Betty was about to be 100, I thought she would live forever,” her agent Jeff Witjas confirmed to NBC News. “I will miss her terribly and so will the animal world that she loved so much. I don’t think Betty ever feared passing because she always wanted to be with her most beloved husband Allen Ludden. She believed she would be with him again.”

Earlier this year, on Jan. 17, White took to her Instagram to celebrate her 99th birthday. “Would you believe it?!” she wrote. “It’s my 99th birthday which means I can stay up as late as I want without asking.” Alongside her message, White shared video clips from her “long-lost series” The Pet Set, which she was “so proud” of.

White also sent a note about the ongoing coronavirus pandemic. “I hope everyone is well and staying safe,” she concluded her post. “We will get through this.”

The actress got her start in Hollywood in the 1945 short film Time to Kill and the 1949 TV series Hollywood on Television. In 1952, White landed her first major part in the series Life with Elizabeth, starring in the titular role for three years and appearing in over 40 episodes.

Over several decades, White continued to charm viewers in series The Mary Tyler Moore Show and later The Betty White Show. In 1985, White began her iconic role as Rose in The Golden Girls, which ran until 1992. She then continued portraying the beloved character for a year on the series The Golden Palace.

In 2009, White once again delighted audiences in the film The Proposal, starring alongside Sandra Bullock and Ryan Reynolds.

The following year, White was back on TV in the series Hot in Cleveland. White’s co-star Valerie Bertinelli, took to Twitter on Dec. 31 to honour her friend. “Rest in peace, sweet Betty,” she wrote. “My God, how bright heaven must be right now.”