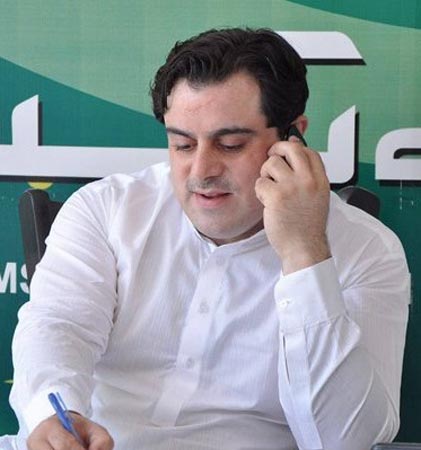 Member of Punjab Assembly from the PML-N Bilal Yasin has been shifted to intensive care unit (ICU) following surgery where his condition is said to be stable.

Orthopaedic surgeon Dr Fayaz Bajwa, who operated the PML-N leader, said that Bilal was shot in the abdomen and in the hip bone.

“The surgery was performed using modern technology, and the recovery period will last between six and nine months,” Dr Bajwa stated, adding that doctors would assess his condition after two days and decide about shifting him to the ward.

A case has been registered against unidentified motorcyclists on the charges of attempted murder at the Data Darbar Police Station on the complaint of Bilal Yasin. “We are investigating the incident with the help of CCTV videos,” the Lahore police said. On Friday, unidentified men opened fire on MPA Bilal Yasin on Mohni Road in Lahore. The politician was rushed to Mayo Hospital following the incident, the police had said. The unidentified men were riding a motorcycle, according to police. Upon learning of the incident, Punjab Chief Minister Usman Buzdar had directed Capital City Police Officer (CCPO) Lahore Fayyaz Ahmed to submit a report and arrest the perpetrators as soon as possible.

“Bilal Yasin must receive the best medical care possible,” the chief minister had stated. Meanwhile, the PML-N leader Ayaz Sadiq visited the MPA at the hospital. He said Yasin was a “man of the people” and the attack on him was regrettable. Sadiq questioned why the culprits were still not caught despite CCTV cameras installed in the city. “The administration should have traced the culprits overnight,” he said. The PML-N leader said it would have to be checked whether the cameras were even functioning or not, reiterating his question about how the culprits had managed to evade safe city cameras. “Such an attack on any citizen is inappropriate,” Sadiq said. The PML-N lawmaker Rana Tanveer Hussain and MPA Pir Ashraf Rasool also visited Yasin at the hospital.