From Gigi to Kim Kardashian — celebrity break-ups of 2021

* From Kim Kardashian and Kanye West, to Gigi Hadid and Zayn Malik, take a look at some of the most 'it' Hollywood couples who split this year 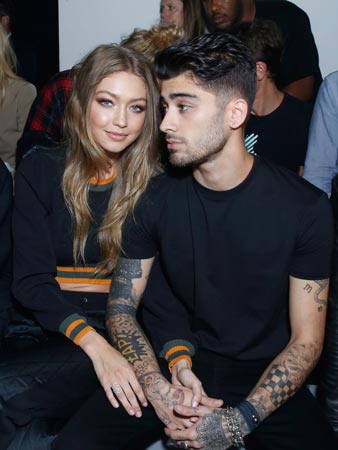 The year 2021 has been a year of break-ups and makeups. While many celebrities put a ring on their long-time love affair, many went back to being single after constant hustle to strike compatibility with their better halves.

From Kim Kardashian and Kanye West, to Gigi Hadid and Zayn Malik, take a look at some of the most ‘it’ Hollywood couples who split this year.

GIGI HADID & ZAYN MALIK — Gigi and Zayn have been in an on-and-off relationship for about a decade now. The couple welcomed daughter Khai in September 2020 and officially announced their relationship again. However, in 2021, Gigi called it quits with Malik after he allegedly engaged in an altercation scandal with the supermodel’s mother Yolanda Hadid.

DUA LIPA & ANWER HADID — while many sources confirm that Dua Lipa and Anwer Hadid have parted ways, Page Six reports that the lovebirds are in the middle of a break after constant efforts to reconcile their differences. “Dua and Anwar are currently taking a break from their relationship and are spending time apart,” a source told People. “They’re figuring things out right now,” the insider added.

CAMILA CABELLO & SHAWN MENDES — Camila Cabello and Shawn Mendes broke the hearts of millions as they announced their split after nearly dating for two years. The duo claims to maintain good friendship. “Hey guys, we’ve decided to end our romantic relationship but our love for another as humans is stronger than ever,” announced the couple in a joint statement. “We started our relationship as best friends and will continue to be best friends. We so appreciate your support from the beginning and moving forward. Camila and Shawn.”

KIM KARDASHIAN & KANYE WEST — Kim Kardashian filed for divorce from her husband of seven years, Kanye West after constant struggle of living with the rapper. Kim’s big step came after the rapper failed his US presidential campaign against Joe Biden.

SCOTT DISICK & AMELIA HAMLIN — Scott Disick and Amelia Gray Hamlin broke up after less than a year of dating. Reportedly, Hamlin took the bitter bill after model Younes Bendjima exposed Disick on Instagram for allegedly DMing him to complain about their mutual ex Kourtney Kardashian.

JENNIFER LOPEZ & ALEX RODRIGUEZ — Jennifer Lopez and Alex Rodriguez called it quits after four years of togetherness. The couple got engaged in 2019. “They continue to work through things. That’s the status quo right now. They’re together,” an insider told Page Six.

KALEY CUOCO & KARLO COOK — Karl Cook and Kaley Cuoco partner ways this year after three years of marriage. “Despite a deep love and respect for one another, we have realized that our current paths have taken us in opposite directions,” they said in a joint statement. “We have both shared so much of our journey publicly so while we would prefer to keep this aspect of our personal life private, we wanted to be forthcoming in our truth together. There is no anger or animosity, quite the contrary,” said the couple in a joint statement.

ELON MUSK & GRIMES — Grimes and Elon Musk’s split in September after three years of dating. “It’s mostly that my work at SpaceX and Tesla requires me to be primarily in Texas or traveling overseas and her work is primarily in LA,” said Musk in a statement. “She’s staying with me now and Baby X is in the adjacent room.”