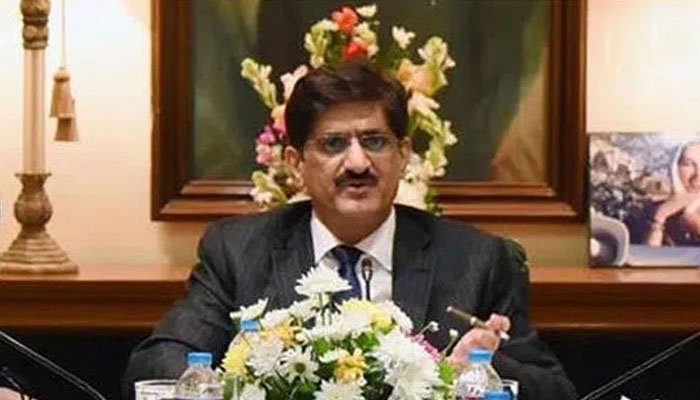 Chief Minister Sindh Syed Murad Ali Shah during a media brief on Sunday said that the local government elections in the province are likely to be held in February or March 2022.

The chief minister was speaking to journalists after laying a floral wreath at the grave of former prime minister Benazir Bhutto in Garhi Khuda Bakhsh where he pointed at the timing of the local bodies elections.

Murad said he would speak to the Election Commission of Pakistan (ECP) about the local bodies elections in Sindh. He spoke about the province’s politics, saying that the PPP had made the MQM an ally as it wanted to improve governance in Sindh.

While talking about recently inaugurated Green Line BRT bus project, the CM said that the provincial government had also provided funds for it.

He continued saying that the land for the project was provided by the Sindh government since it is to be used for the welfare of the people of the province.

Murad alsi informed media that Asif Ali Zardari will not be able to attend this year’s public meeting at Garhi Khuda Bakhsh due to health concerns.

He told journalists that a Central Executive Committee (CEC) of the PPP will be held in the first week of January to devise an anti-government strategy.