* 'She handles herself wonderfully publicly,' the Kissing Booth star, 24, told the magazine 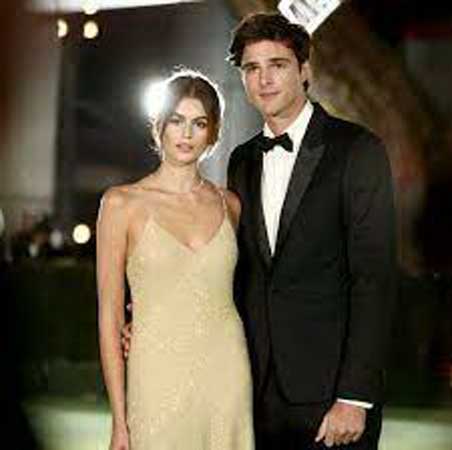 As a supermodel, Kaia Gerber is used to having grace under pressure. In an interview with Men’s Health published on Dec. 20, Jacob Elordi shared his biggest takeaway from his year-long relationship with the runway model.

“She handles herself wonderfully publicly,” the Kissing Booth star, 24, told the magazine. “And I’ve learned so much from her about how to handle it, how to deal with it and just kind of be whatever about it, you know?”

No doubt growing up with famous parents-supermodel mom Cindy Crawford and entrepreneur dad Rande Gerber-helped Kaia, 20, keep her head on straight as she pursued a public career in modeling.

Euphoria star Elordi and Vogue cover model Gerber began dating in September 2020 and made things Instagram official that Halloween. At the time, a source told E! News that Kaia loved “hanging out with Jacob” and said “they are spending time in New York City for the week while she works.”

Although the couple managed to keep details about their romantic notably private, just a few months later, Kaia opened up about just how serious their relationship had become.

“Being able to be with someone I trust, where we don’t want anything from each other, having a safe, steady relationship like that, has really opened my eyes to the possibilities of love and what it feels like to love without conditions,” she told Vogue in May. “Lust is touching other people or wanting them, but love is really seeing someone.” A little over six months later, this past November, a separate source confirmed to E! News that the two had decided to split, adding that the decision was “amicable.” News of their breakup came just two months after they’d made their red-carpet debut as a couple for the Academy Museum of Motions Pictures’ opening gala in Los Angeles.