Restaurant, groceries, meats, hookah — Pakistani market opening in Georgia has it all

* The couple has invested a lot of money, time and energy into their new venture 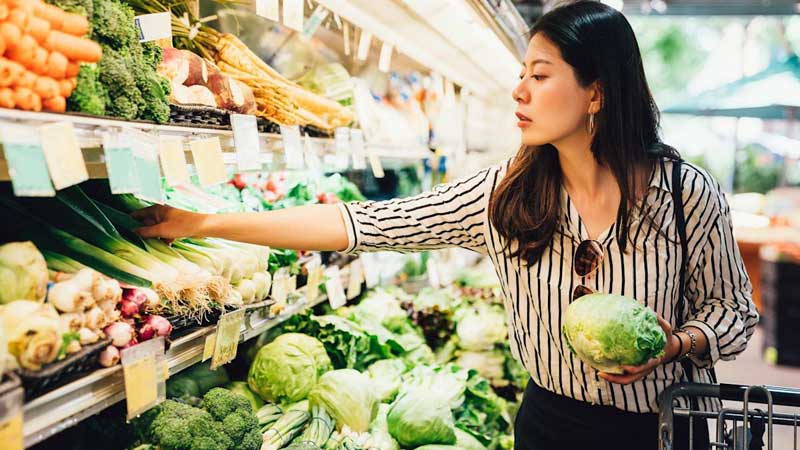 A Macon storefront that once housed a shoe store is being transformed into a Pakistani market that will house a restaurant, grocery store, fresh meat market and hookah lounge.

Rashid “Ricky” Humayun and Shazia Choudhary, Pakistani natives who immigrated to the US and became American citizens, are hoping to share some of their culture and food when they open the Zam Zam Market at 1560 Eisenhower Parkway in the new year. “Zam Zam Market is fusion of the little bit of different culture,” Choudhary said. “So, we’re going to have Mediterranean food, Indian, Pakistani food.” The husband and wife team previously owned and operated the former Cafe Harika, a Mediterranean restaurant and hookah lounge, when they lived in Cordele and before moving to Middle Georgia in 2011.

The couple has invested a lot of money, time and energy into their new venture. “We build everything,” said Humayun as he explained the various spaces in the 5,000 square foot building. “This was a Shoe Land.” Everything ranges from a large, spacious well-equipped kitchen that includes a counter and a view of the food preparation to a separate meat room with its own refrigerator and freezer and a window where customers can watch fresh meat being sliced to a dining area with tables and chairs as well as an elevated space for traditional lounge-style seating.

Some dishes expected to be served include Biryani, a mixed rice dish with chicken or goat, and beef paya, a dish made with cow trotters, or cows feet. These made to order dishes are seasoned mild, medium or spicy. Other dishes include chicken karahi, tandoori chicken, seekh kebab, chana masala, naan, kofta kebab with ground beef, soltani kebab, lamb shank, lamb chops, gyro and saffron basmati rice. Don’t forget the hummus and baba ganoush, which also will be made fresh daily. The restaurant also is expected to offer some American dishes and “ready to eat” foods, including wings, pizza, fish, burgers, gizzards and liver.

Now empty shelves are expected to be filled with Pakistani, Indian and Mediterranean spices, flour, beans, dates and such. Fresh and frozen food items will also be available. “It’s not a lot but the basics we have in the home,” Humayun said. He expects to keep fresh garlic and ginger for sale in the grocery store cooler. Fresh meat customers will be able to purchase lamb, beef, chicken, goat and shrimp by the order or from what’s available daily in a large display cooler below the window of the meat slicing room. The idea is for the customers to be able to purchase the fresh meat to take home and cook themselves, Choudhary said. The establishment will have dual licensing from the Georgia Department of Public Health for the restaurant and the Georgia Department of Agriculture for the grocery store and meat market.

A separate room is being transformed into a hookah lounge that’s designed to resemble a hookah tent. This was Choudhary’s idea. Colourful fabrics will drape down from the centre of the ceiling to create a tent-like top. In the middle, hangs a crystal chandelier. The walls will be lined with carpets she’s purchased from Turkey and Egypt. The large windows will be covered with colourful drapes, and a slightly raised platform will offer guests a carpeted seating among comfortable lounge pillows. In the future, Choudhary said she hopes to obtain a license in order to be able to provide tax preparation, accounting and bookkeeping services at the market. Humayun and Choudhary have been married for 30 years and have four children, including three adult sons and a daughter who is in high school. The husband and wife team also own the Macon Smoke Shop next door at 1556 Eisenhower Parkway. It’s a separate business with a separate customer entrance but part of the same property. Hookah pipes and tobacco are sold in this business. One of their adult sons helps out with the smoke shop as well as the couple’s two convenience stores. Another son is a pharmacy technician and a student at Mercer University, and the third son is a roofing specialist for a roofing company. Their daughter aspires to be a veterinarian. The family makes their home in Lizella. Humayun and Choudhary hope to open the Zam Zam Market in January, with operating hours to be determined.