Why Pakistan ‘in haste’ to support Taliban, asks PPP 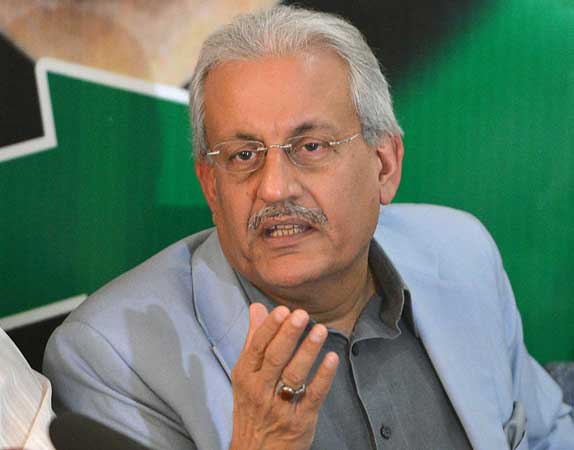 Former chairman Senate and Pakistan People’s Party (PPP) leader Senator Raza Rabbani Friday questioned the government’s haste to support the Taliban government in Afghanistan when they were not even recognising the border and stopping border fencing by force.

Speaking in the Senate, Rabbani asked Foreign Minister Shah Mehmood Qureshi to take the parliament into confidence on a recent incident in which the Taliban had reportedly barred Pakistan’s security forces from fencing the border. Pakistani officials have not commented on the incident so far. Pakistan has fenced most of the 2,600km border despite protests from Kabul. Afghan defence ministry spokesman Enayatullah Khwarazmi had said the Taliban forces stopped the Pakistani military from erecting what he called an “illegal” border fence along the eastern province of Nangarhar on Sunday.

The fencing was the main reason behind the souring of relations between previous US-backed Afghan governments and Islamabad. The current standoff indicates the issue remains a contentious matter for the Taliban, despite its close ties to Islamabad.

“They are not ready to recognise the border, so why are we moving forward?” questioned Rabbani.

The PPP senator also expressed alarm over reports that the banned Tehreek-i-Taliban Pakistan (TTP) was regrouping in Afghanistan, “which could possibly fuel terrorism in Pakistan”.

“On what terms is the state talking about a ceasefire with the banned group?” he questioned.

He went on to say that the state of Pakistan meant the civil and military bureaucracy of Pakistan and not the people sitting in parliament.

During the session, Senator Azam Nazir Tarar took to the floor to speak about the horrific lynching of Sri Lankan national Priyantha Kumara, a factory manager in Sialkot, saying “the incident has shaken us to the core”.

The senator said the brutality with which the mob killed the Sri Lankan citizen was highly reprehensible.

Tarar said the trend of mob violence and torture had increased with time. “This trend sprang up during the era of Gen Ziaul Haq and it was later fanned for political gains,” he added.

“This is the social apathy we all have to fight against,” Tarar said.

He recalled that two brothers were also lynched in the same city by a mob [in 2010]. He said it was parliament’s responsibility to ensure necessary legislations to provide justice to the downtrodden.

“Riasat-e-Madina cannot be established on secretive agreements […] Pakistan’s civil-military bureaucracy will have to be answerable before the Parliament,” he said.

“The state of Pakistan (unfortunately) does not mean the people sitting in Parliament,” he said. “The state will have to inform the people under what conditions this ceasefire deal was reached.”

The senator regretted that as extremist groups gained footing in the country, “the state remained a silent spectator”.

“Extremist groups have torn up the state’s writ to shreds,” he said.

Speaking of missing persons, Rabbani said that the families of such people continue to search for them “while the state is busy hiding them”.

“The delegation will present a resolution passed by the Senate to his family,” Sanjrani said.