Disrespecting Prophet (PBUH) is not freedom of expression 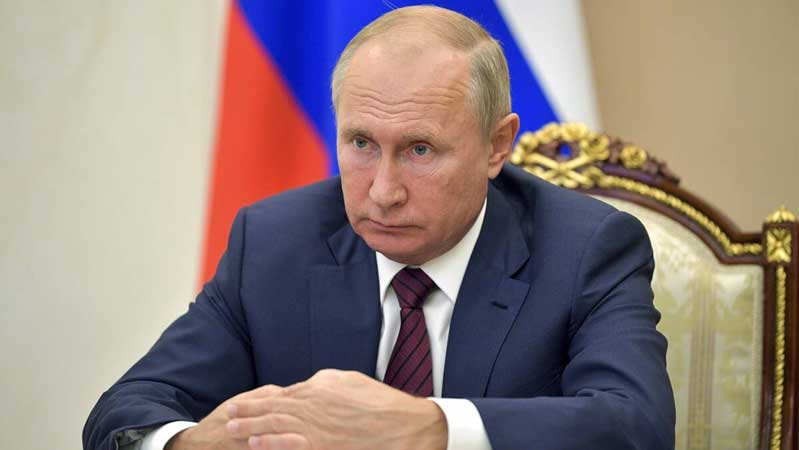 Russian President Vladimir Putin has said that disrespecting Holy Prophet (PBUH) did not count as the “expression of artistic freedom”. Blasphemy is a “violation of religious freedom and the violation of the sacred feelings of people who profess Islam,” he said while addressing his annual news conference.

Putin said these acts give rise to extremist reprisals, citing as an example the attack on the editorial office of Charlie Hebdo magazine in Paris after it published blasphemous sketches, Russia’s TASS news agency reported. Putin also criticised posting photos of Nazis on websites such as the one titled the Immortal Regiment and dedicated to Russians who died in World War II. While praising artistic freedom in general, Putin said it has its limits and it shouldn’t infringe on other freedoms.

Russia has evolved as a multi-ethnic and multi-confessional state, so Russians, he said, are used to respecting each other’s traditions. “In some other countries, this respect comes in short supply,” he remarked.

Prime Minister Imran Khan welcomed President Vladimir Putin’s statement about Prophet (Peace Be Upon Him), saying, it reaffirmed his message that “insulting our Holy Prophet (Peace Be Upon Him) is not freedom of expression.” “We Muslims, especially Muslim leaders, must spread this message to leaders of the non-Muslim world to counter Islamophobia,” Imran Khan said in a tweet posted on his social media account.

Prime Minister Imran Khan has been urging the western world to respect sentiments of the Muslim communities while practicing ‘freedom of expression’ for the past many years.

In a recent interview to Al Jazeera, the Pakistani premier had said the Muslim leaders never portrayed real Islam before the West, particularly after 9/11. This made the Muslims in western countries face Islamophobia despite the fact terrorism had no relation with Islam, he said further. He said “Imran Khan alone could not make any change”, rather the whole Muslim world must take a joint stance at forums such as the United Nations to make some difference.

Fawad was responding to a tweet of Jamiat Ulema-e-Islam-Fazl (JUI-F) Cheif Fazlur Rehman who paid tribute to the Russian President for delinking freedom of expression with blasphemy.

It is pertinent to mention that it is Prime Minister Imran Khan who presented the case of entire Ummah against Islamophobia before the whole world. Rehmat-lil-Alameen Authority has also been formed in the country. Besides, steps are also being taken to protect sanctity of the Holy Prophet (Peace Be Upon Him). agencies