Efforts being made to facilitate business community: President 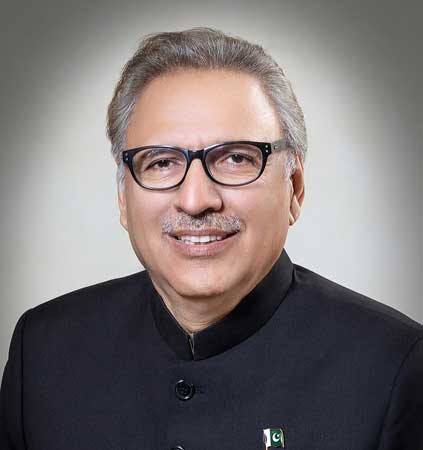 President Dr Arif Alvi has said that the government has initiated a number of development projects in different sectors in the newly merged districts of Khyber Pakhtunkhwa.

Talking to a delegation of Khyber Chamber of Commerce and Industry which, led by Syed Hassan Ali Shah, called on him on Tuesday, the president said that the people of the area will benefit from these projects.

He said the border districts of Khyber Pakhtunkhwa, particularly the Khyber district, could benefit enormously from trade and commercial opportunities with Afghanistan.

Separately, President Alvi emphasised the need for increasing the number of students in educational institutions and imparting contemporary education, including computer literacy, to the students of Madaris. He was talking to Chairman National Commission for Human Development Dr Amirullah Marwat, who presented him the annual report of the NCHD.

The president said that education is a major component of the human and socio-economic development of a country. He appreciated the performance and contributions of the NCHD for promoting human development.

The NCHD chairman apprised the president that the commission is improving access to primary education, imparting literacy skills and fostering community participation, besides developing management efficiencies. He said the commission is striving for the mainstreaming of religious education institutions by providing education to those children who have never been to school or have dropped out.