Time does not exist: Jorge Luis Borges idea of time 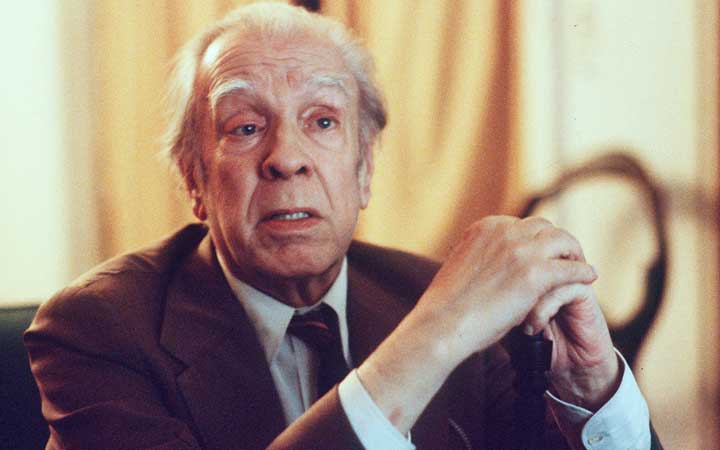 Albert Einstein once wrote: People like us who believe in physics know that the distinction between past, present and future is only a stubbornly persistent illusion. However, before Einstein, the time concept was a linear concept of time pioneered by Isaac Newton which said more or less time is universal and same for everyone everywhere.

This was only debunked with the introduction of the theory of relativity in early twentieth century by Albert Einstein.

What is time? Does time exist like space and does space really exist? These are depressingly unsettling questions but are equally paramount. It is now established that there is no parameter which can measure time per se, true through SI measurement of second we have developed an amenable conception of time whereby we understand our world comprehensively but in a pure universal scale the measurement of time is thus far apocryphal.

Time has been a great element of fantasy for me. Recently I have gone through an essay about time titled as a new refutation of time by towering Argentinian fiction writer, essayist and poet Jorge Louis Borges. The Borgesian concept of time is what the Russian Formalist would have called a defamiliarised version. Borges further defamiliarises the concept of time which is already flagrantly defamiliarised. For Borges time is not a successive phenomenon where minutes succeed seconds and hours succeed minutes but if anything is eternal and as he puts it each moment contains all eternity. Borges writes continuity of time is an illusion resonating the credence of Einstein.

In the essay Borges mentions the musings of two 18th century empiricists to wit George Berkeley and David Hume, however, both differed in effect in their respective theories. Moreover, Berkeley wrote about personal identity, ” Esse est Percipi” which means to be is to be perceived. Berkeley endorsed an active principle that invariably perceives. There are two entities in time and space as per Berkeley; either you are a perceiver or a thing perceived. And there is nothing in between. But the later philosophers have in definite terms criticized Berkeley. Conversely David Hume wrote about the personal identity as a bundle or collection of different perceptions. Hume wrote about the serendipitous and rapid succession of these perceptions so much so that the subject hardly notices this whole process. Hume writes in one of his essays, ” For my part, when I enter most intimately into what I call myself, I always stumble on some particular perception or other, of heat or cold, light or shade, love or hatred, pain or pleasure. I never can catch myself at any time without a perception, and never can observe anything but the perception.” Both Berkeley and Hume avowed the existence of time.

Furthermore, imbibing some slivers of aforementioned philosophies Borges envisages his unstable world of the mind in these lines, ” A world of evanescent impressions; a world without matter or spirit, neither objective nor subjective, a world without the ideal architecture of space; a world made of time, of the absolute uniform time of [Newton’s] Principia; a tireless labyrinth, a chaos, a dream.” The scale of perplexity and transmogrification of these ideas is painful but one must immerse into these types of things to get a bird’s eye view of complex things. Needless to write the intimidating crescendo of philosophical writings always give you a tough time. The most baffling episode in reading such essays is that each writer is bent on refuting his predecessors and developing brand new ideas which ipso facto become challenging for the reader to understand even a part of what is written. So, what one should do round such a juncture needs analysis and thorough suggestions. I leave that for experts.

While reading the essay you get an impression that Borges is profoundly convinced by the theory of personal identity of David Hume which I have only partly comprehended. Borges writes resonating the tenor of Hume, ” Behind our faces there is no secret self which governs our acts and receives our impressions; we are, solely, the series of these imaginary acts and these errant impressions.” This seems to be a post structuralist phenomenon even though with some discrepancies.

For Borges time does not exist and he considers time a fallacy. He arrived at this conclusion predicating and building on Hume’s reductionist theory of personal identity. But if time does not exist then what is the driving force of universe and how one should make sense of the fleeting leap of one moment to another. This is a huge question which merits a comprehensive and reasonable answer.

The last part of the essay is the most enthralling part and is brimming with veneers of meanings. Here Borges ventures into the poetic realm in order to provide expressions to his layered thoughts. Borges jots, ” and yet, and yet… Denying temporal succession, denying the self, denying the astronomical universe, are apparent desperations and secret consolations. Our destiny … is not frightful by being unreal; it is frightful because it is irreversible and iron-clad. Time is the substance I am made of. Time is a river which sweeps me along, but I am the river; it is a tiger which destroys me, but I am the tiger; it is a fire which consumes me, but I am the fire. The world, unfortunately, is real; I, unfortunately, am Borges.”

Borges being himself a poet and a reputable fiction writer is not a reliable source of understanding the theoretical conceptions of time, that being said, he is indubitably an edifying source to catch some literary and philosophical utterances of time. I deeply basked in the essay with its erudite, layered and pleasurable flow.