‘Coke Studio’ brings back the magic of live music

* This year 'Coke Studio 14' is aiming for a revitalised vibe 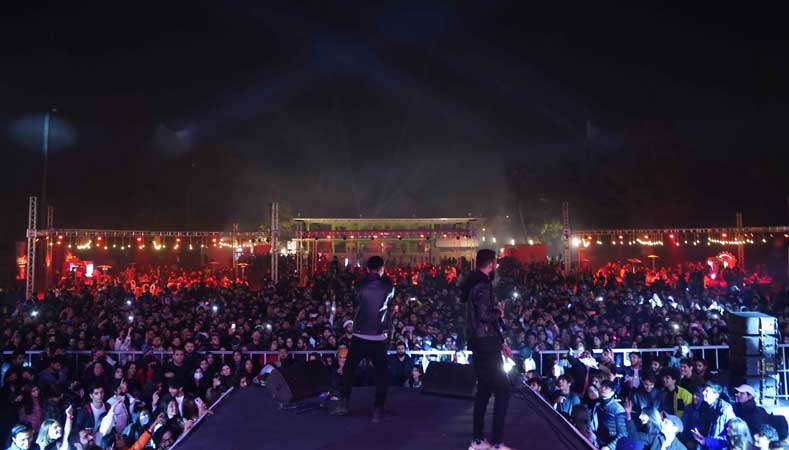 Coke Studio is known as the Sound of the Nation. The platform has played a key role in taking Pakistani music global. The Foreign Office recognized this role and awarded the platform for being the country’s best cultural export, with over 10.2 million subscribers on YouTube and over 4 billion views on digital platforms.

This year Coke Studio 14 is aiming for a revitalised vibe. Seventy percent of Pakistan’s population is under the age of 35 and with Zulfiqar Jabbar Khan at the helm there is a lot of anticipation around the new sound, fresh stars and a modern outlook that will reflect the voice of the youth.

Fahad Ashraf, VP Coca-Cola Pakistan and Afghanistan said: “The Coke Studio platform has evolved this season. Whereas the values are the same but we are now leaning into the future by including the GenZ sound very deliberately. It is about time that we sync our cords with what the youngsters what. Nostalgia has its place in Season 14 but so does the firepower of a sound never been heard before.” Celebrating music in line with Coca-Cola’s new global brand philosophy and platform Real Magic, Coke Studio Live attracted a lively youth-oriented audience from all corners of the city and provided families with an opportunity to plan a perfect evening out, organised in line with the NCOC protocols.

Coke Studio Live is an effort to help revitalize the live music culture of the country. Pakistanis are known for their resilient nature, and our music has always reflected our adversity, hope and our ability to come through. The concert comes at a time when the country despite the challenges it faces have an overall optimistic outlook and is on a journey towards economic recovery, sustainable development and post-pandemic normalization.

This season truly epitomizes the passion of Pakistanis, unifying the diverse sounds of the country through a fusion of diverse genres while the videos takes viewers on a journey like never before.

Coke Studio’s launch date and more partnerships will be announced later this December 2021.