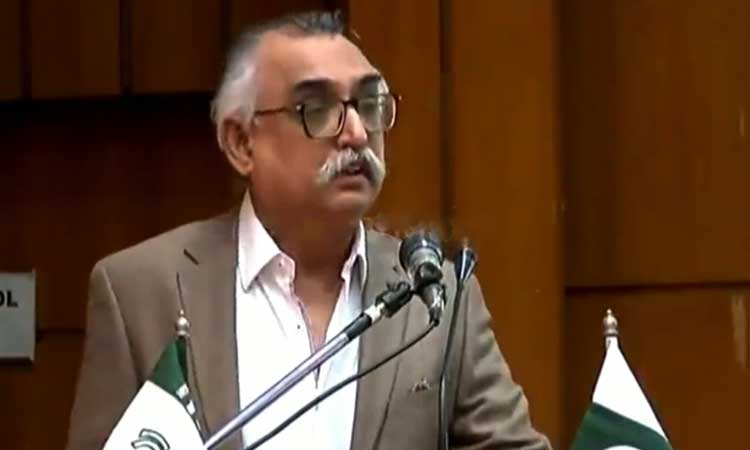 Former chairman Federal Board of Revenue (FBR) Shabbar Zaidi has contested the government’s claim that the country is doing very well and changing and says he has no doubt that the country has gone bankrupt.

Shabbar shared his thoughts in a recent speech he gave on Wednesday at the Hamdard University. However, he later took to Twitter to say that “only three minutes of his speech had been cherry-picked” and circulated. Shabbar said he spoke about the solution as well.

Using the accounting term “going concern” (which assumes that an entity has no plans to liquidate or reduce the size of its operations in any significant way) as a reference point for the audience, Zaidi said he believed the country, at the moment, had gone bankrupt.

He said it was better to accept that a country’s economy had gone bankrupt and find solutions rather than deceive people by claiming that it was doing well, say news reports. However, in a thread of tweets, Zaidi clarified that his words were taken out of context and misreported.

Agreeing that he did say that there were issues of bankruptcy and going concern, Zaidi pointed out that ‘we must look at the solution too.’ “What I said was with a basis & conviction. I only want to say that [the] whole speech is to [be] read and listened,” he wrote on Twitter.

It may be recalled that Zaidi served as the FBR chairman in the government of Prime Minister Imran Khan from May 10, 2019 to April 8, 2020.