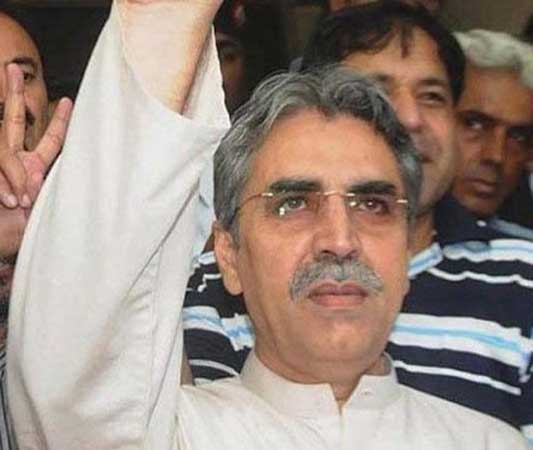 Addressing a protest rally in Karachi, he said that even in the Senate elections, the PPP leaders had come to seek votes. “It is not us but the PPP people who are spreading linguistic hatred,” he claimed.

He said the rejection of the recently-passed local government bill by all major political parties has bewildered Bilawal Bhutto. He accused the PPP supremo for using the ‘Sindh ethnic card’ to cover up oppression and injustice of its provincial government. He said that Bilawal said that those who’re calling the recently-passed local government’s bill a black law will have eat a humble pie and concede their mistake. “The MQM-P and all other political parties of Sindh have jointly been running their campaign for the rights of the people of the province,” Khan said.

He said that the new local government law was not only against the constitution but also anti-democracy, anti-public and anti-Sindh and the 14 political parties at the MQM-P’s multi-party conference demanded the PPP’s provincial government to withdraw the law immediately.

He said the PPP considers seeking powers for the local governments an enmity with the country, adding, “The Constitution of Pakistan is not complete until the powers are transferred from the Federation to the provinces and then to the union committee level.” He said the residents of Karachi and Hyderabad consider PPP a gang of tribal chieftains and landlords. “If the politics of hatred don’t stop and the PPP government continues to move with its agenda to divide people on the basis of ethnicity and urban and rural areas, the MQM-P would be forced to come on streets and stage protest,” he said.