* 'As an actor I believe it is very important to be part of a project that narrates the truth,' commented Wahaj Ali 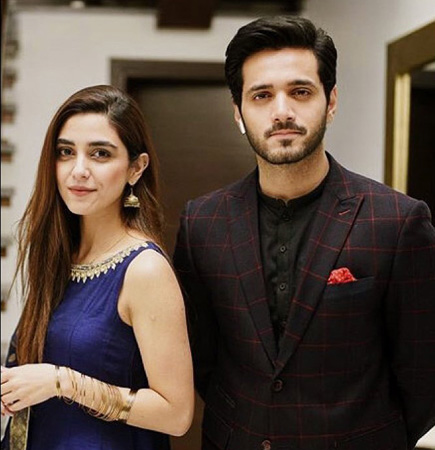 After ruling the screens in 2021 with one hit after the other, the talented Wahaj Ali will be seen starring in the upcoming Geo Entertainment drama ‘Jo Bichar Gaye’ alongside Maya Ali.

Directed by the ace director Haissam Hussain and penned down by Ali Moeen, ‘Jo Bichar Gaye’ is a drama that follows the story of the partition of East and West Pakistan. Wahaj Ali will be seen playing a very intense and different character in the drama. The cast also includes the veteran actress Nadia Jamil among several talented artists.

“As an actor I believe it is very important to be part of a project that narrates the truth,” commented Wahaj Ali. “I feel honoured to be part of such a project and I hope the audience will enjoy watching it as much we enjoyed filming it.”

Known for his knack of choosing diverse roles, Wahaj Ali is one of the most distinguished actors in the Pakistan entertainment industry. The actor was last seen in the critically acclaimed drama serial ‘Dil Na Umeed Tou Nahi.’

‘Jo Bichar Gaye’ is slated to go on-air on the 12th of December on Geo Entertainment.

The young star rose to fame with his incredible acting prowess and talent, and a knack of choosing diverse and unconventional roles. Wahaj Ali has starred in various mega-hit projects, including Gila, Hari Hari Churiyan, Dil Nawaz, Mah-e-Tamaam, Dil-e-Bereham, Bharam, Ehd-e-Wafa,Ghisi Phiti Mohabbat, Ishq Jalebi, and Dil Na Umeed Tou Nahi. The star has made his place in the entertainment industry with his incredible performances.