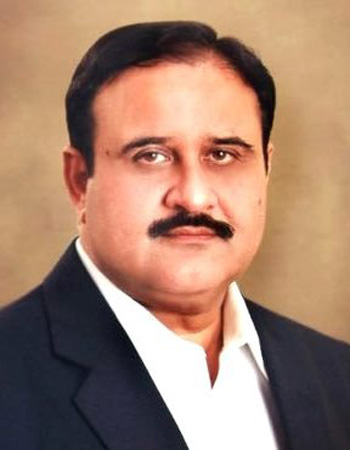 During the campaign which would end on Dec 17, 156,000 polio workers would administer anti-polio drops to 17 million children up to five years in the province. Two days were reserved for children who could not be given the vaccine for some reason.

The CM termed the anti-polio workers national heroes because no polio case had been reported this year due to their hard work and commitment to the cause of eradicating polio from the country.

It was satisfying that all samples collected during the last six months have been found free from poliovirus, he said, and added that saving the children from polio disease was a collective responsibility. The anti-polio teams were also trained about observing anti-corona standard operating procedures (SOPs), he added.

Meanwhile, Usman Buzdar called on Prime Minister Imran Khan and briefed him in detail about the political situation in the province, administrative matters as the ongoing operation against the hoarders across Punjab.

The prime minister was also briefed about the law and order situation in the province as well as the measures taken to improve governance. Chief Secretary Punjab Kamran Ali Afzal, Inspector General Police (Punjab) Rao Sardar Ali Khan and Principal Secretary to Chief Minister Amir Khan were also present in the meeting.

The prime minister while appreciating the measures directed to bring in further improvement.

Meanwhile, Usman Buzdar sought a report from the IG police about the firing incident at a marriage ceremony in Ferozewala and ordered for legal action against the delinquent police officials.

According to official sources, the CM said that such an incident was intolerable and disciplinary action be initiated against those involved in it.

The chief minister also sought a report from RPO Bahawalpur about kidnap-cum-molestation of a girl in Chishtian. According to official sources, he directed to initiate legal action against the perpetrators of the crime while ensuring justice to the affected girl.

Earlier, IGP Punjab Rao Sardar Ali Khan took notice of firing into the air at a wedding ceremony in Shahdara area and sought a report from the Capital City Police Officer (CCPO) Lahore.

The IG Punjab suspended both the police officials and ordered an inquiry. He said that police were a disciplined force so there was no place for law breaking elements. He directed that strict action be taken against the personnel involved in illegal activities.

Meanwhile, Rao Sardar Ali Khan also took notice of the incident of firing on a school van in Rawalpindi. He sought report from the RPO Rawalpindi.