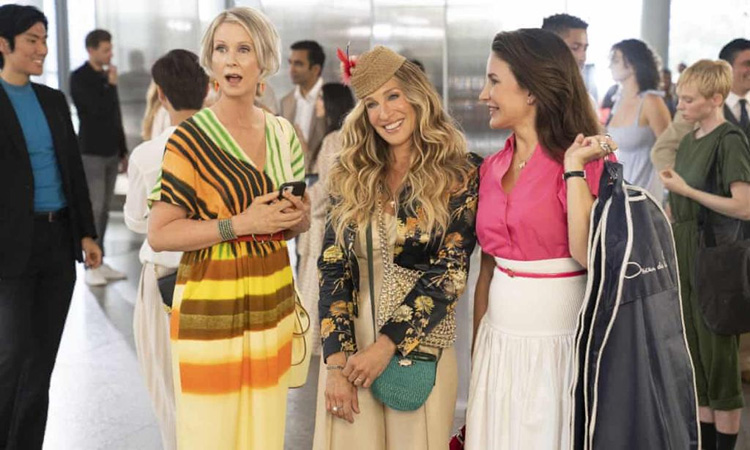 The first 20 minutes of the long-anticipated, much-hyped reboot of Sex and the City, And Just Like That (Sky Comedy/HBO Max), are terrible. The Manhattan streets are alive with the sound of crowbars jimmying more exposition into the dialogue than Carrie’s closet has shoes. Samantha’s absence (Kim Cattrall declined to take part in the new show, apparently as a result of longstanding animus between her and Sarah Jessica Parker) is briskly dealt with. She moved to London (“Sexy sirens in their 60s are still viable there!” says someone with their tongue not firmly enough in their cheek) in a fit of pique after Carrie told her she didn’t need her as a publicist any more. That this does not square with anything we have ever known about Samantha apparently matters not a jot. Viewers are then led at a quick jog through the news that Carrie’s Instagram account has really taken off now she is on a podcast, Charlotte is still dyeing her hair, and Miranda has left her corporate law job and is heading back to college to get a masters degree in human rights law after realising she “can no longer be part of the problem”.