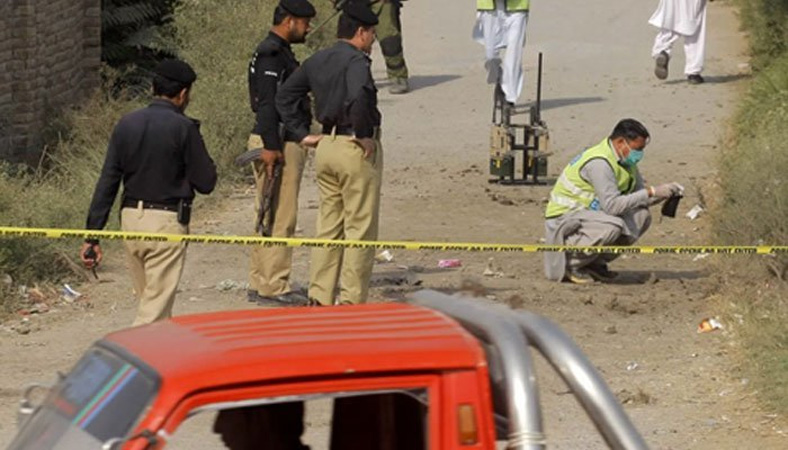 Another security official was Sunday martyred in an attack on a polio team in Shadagra village of Khyber Pakhtunkhwa.

According to DPO Sajjad Ahmed, Nasir Khan, a resident of Sheikh Utar, was on polio duty in Shadagra village when some unknown assailants gunned him down and escaped along with his Kalashnikov, reports APP.

The police and security personnel cordoned off the area and started a search operation. It is worthy to mention that some unknown assailants attacked a polio team in Chadrar area of Tank district and killed Head Constable Muhammad Iqbal Anwar, a resident of DI Khan, while FC official Rataj Khan was injured. The police have registered the case and started further investigation.

The armed men were riding a motorcycle when they attacked the polio security team, killing one security official and injuring another, says a media report. On the other hand, the banned Tehreek-e-Taliban Pakistan (TTP) claimed that its fighters attacked the polio team in Tank.

The WHO has deemed Pakistan and Afghanistan as dangerous countries in a recent statement by the Thirtieth Polio IHR Emergency Committee, stating that the two countries have failed to eradicate polio fully and may be responsible for the virus’s global spread.

Pakistan, on the other hand, has made remarkable strides against polio, as the incidence of Wild Polio Virus (WPV1) cases has decreased to zero in the previous ten months, down from 84 reported cases in 2020.

The Committee observed that Pakistan’s primary problem continues to be the ‘persistently overlooked children’ in core reservoirs, as well as dealing with parental refusals and troubling polio vaccination programmes in sensitive areas.