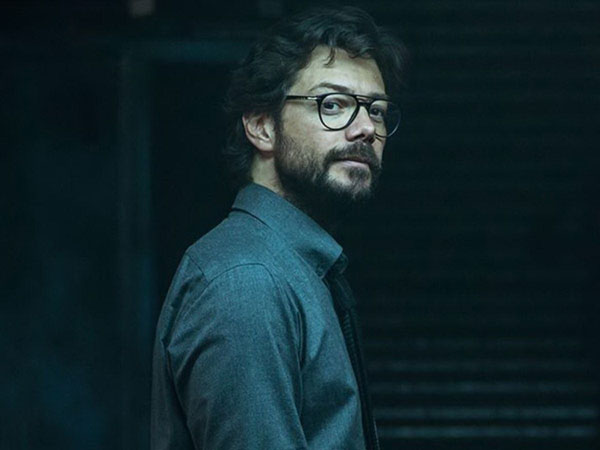 Netflix will on Friday release the final five episodes of its Spanish smash series “Money Heist” which blew open the door for other non-English language series on streaming services.

Created by Spain’s private Antena 3 network, the thriller about a gang of thieves and their elaborate heists became Netflix’s most-watched series not in English after it picked up the show in December 2017.

The fate of the robber characters, all of whom have code names from cities around the world, even hooked audiences in the United States, which was not then used to dubbed shows.

The New York Times praised the series and its twists and turns as a “joy ride in every sense”.

The red overalls and Salvador Dali masks sported by the renegade gang members in the series soon became popular around the world at costume parties and street protests.

“This is the first non-English language series to become a global phenomenon,” said Elena Neira, a professor of communication sciences at the Open University of Catalonia.

Thanks in part to the success of the show, Netflix and its competitors “realised that they did not need to produce everything in the United States” to get a global audience, she added.

Netflix soon scored big with other series not in English, such as French thriller “Lupin” and South Korean dystopian drama series “Squid Game” which this year became the platform’s most-watched series ever.

While the “Money Heist” screenplay is “not revolutionary”, it tells “a very universal story, of the struggle between good and bad…with messages about the power of women, camaraderie and the need to rebel,” said Neira.

“Lupin” shares many of the show’s features, such as its focus on a thief with “a certain moral” aspect who is “very intelligent,” she added.

“Money Heist” was also lucky to have been picked up by Netflix shortly after the steaming service in January 2016 went live in more than 130 countries, bringing its coverage to almost the entire globe except China.

Netflix’s recommendation algorithm also favours series like “Money Heist” which end with a cliffhanger and are “highly addictive,” said Alberto Nahum Garcia, a professor of audiovisual communication at the University of Navarre.

“There was a kind of alignment of the planets at a time when distribution became even more global,” he added.

Neira said the show benefited as well from the US streaming giant’s willingness to invest heavily to dub and add subtitles to shows in dozens of languages.

The global success of “Money Heist” has also given Spain’s audiovisual sector a huge boost.

“It placed Spain’s industry in a place where we never dreamed it could be,” the show’s creator Alex Pina said Tuesday at a Madrid news conference to promote the second part of the fifth and final season of the series.

Netflix in 2018 signed a deal with Pina to produce new series and projects exclusively for the streaming giant.

And the following year it opened its first European production centre in Madrid, part of a multi-million euro investment in Spanish language content.

Netflix head Reed Hastings said it was “amazing” to see Spanish shows like “Money Heist” and “Elite” “win the hearts of fans not just in Spain, but globally”.

“Our aim is to be part of the Spanish creative ecosystem. We are investing for the long term,” he added at the opening of the company’s production centre in Madrid.