In Pakistan, an estimated 200,000 persons are infected with HIV/AIDS 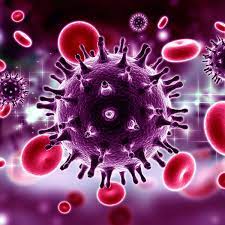 Shabir and his wife went to the Civil Hospital Karachi for his first HIV/AIDS clinic checkup as the globe commemorated World AIDS Day, educating people about the disease and the ramifications of delayed diagnosis.

According to UNAIDS and other international organisations, Pakistan has 200,000 HIV/AIDS patients, 32 percent of whom are women and 3% are children.

The rest are key populations such as transgenders, intravenous drug users, and male and female sex workers, as performer Project Director of the Sindh HIVAIDS programme, Dr Sharaf Ali Shah.

In Pakistan, it is observed that roughly 25,000 new cases have developed in 2020, amidst a peak coronavirus pandemic.

In our society, there is a stigma around HIV/AIDS. While it is believed that the disease is transmitted via sexual intercourse; intravenous drug users are the main source of transmission and dissemination of the disease in Pakistan.

“We have to promote mass awareness and try to persuade people to do their HIV tests, which is absolutely free of charge in 16 centres in Sindh and 29 centres in other regions of Pakistan,” Dr Hussain added.

Sources in the health department of Sindh confirm that the service delivery packages, which are mostly for treatment and care of transgender people and drug users, have been discontinued for the last five years, but Dr Hussain denied this and said treatment and medicine are available in all the centres.

Service delivery packages, which are primarily for the treatment and care of transgender people and drug users, have been discontinued for the past five years, according to sources in Sindh’s Health Department, but Dr Hussain disputes this, claiming that treatment and medicine are available in all centres.

“If we don’t reach the remaining 78 percent of people who don’t go to clinics for check-ups and treatment, the number will climb, which we can’t afford,” Dr Shah added.