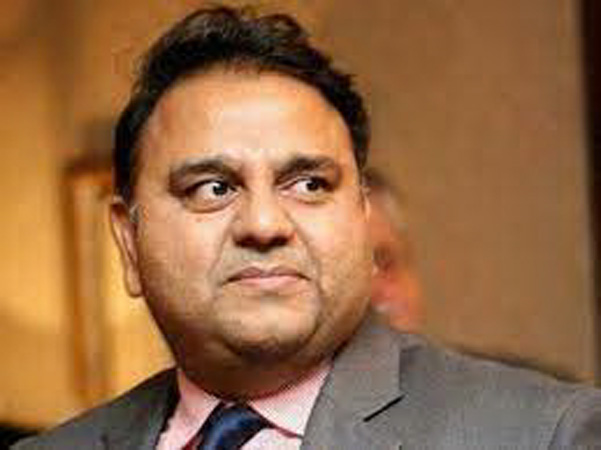 Federal Minister for Information and Broadcasting Chaudhry Fawad Hussain Sunday said the PML-N’s aim was to pressurize national institutions, including the judiciary, by releasing fake videos. Addressing a public meeting in Pind Dadan Khan, he said videos were leaked before the proceedings of corruption cases against PML-N leadership, which later proved to be fake.

He said a video had gone viral showing those who used the slogan of ‘Vote ko Izzat Do’ purchasing votes for Rs 2,000 each which was a shameful and detestable act. The minister said the PML-N was worried about the use of electronic voting machine (EVM) in the next general elections because they always came into power through electoral fraud and rigging.

Fawad said he himself had contested a by-election from NA-67 in 2016 in which the PML-N used undemocratic tactics in the same manner and tried to buy votes by giving money to people.

He hoped the Election Commission of Pakistan would take notice of the viral video of PML-N and take an appropriate action. He said the PML-N had won 1990 general election through massive rigging and the Supreme Court had given a verdict against them. He advised Maryam Nawaz and Captain Safdar to start film-making business, as politics was not their cup of tea. He said soldiers defended the country’s borders and they were always ready to sacrifice their lives in line of duty. The minister said properties of Nawaz Sharif and Maryam Nawaz were disclosed in the Panama Papers leaks. He said Maryam Nawaz had claimed that she had no property even in Pakistan but she not only had properties in Pakistan but in London also. He said Nawaz Sharif and Maryam Nawaz had no proof of purchase of those properties. Fawad asked Sharifs, if they had receipts and money trail, should present them to the court, otherwise either they would have to return the looted national wealth or go to jail.

The minister said that Pakistan had no leader of the caliber of Imran Khan who had vote bank from Karachi to Torkham and from Gawadar to Khunjrab. He said Imran Khan was the only leader who could transform Pakistan into a prosperous country.

He said the PTI was the only political party which was a symbol of federation and Imran Khan was the only leader who did not talk about sectarianism and provincialism, but only Pakistan. Apart from Pakistan Tehreek-e-Insaf (PTI), no political part is in a position to field its candidates in all the national and provincial assembly constituencies, he said. He said the PPP was no more party of Benazir Bhutto.