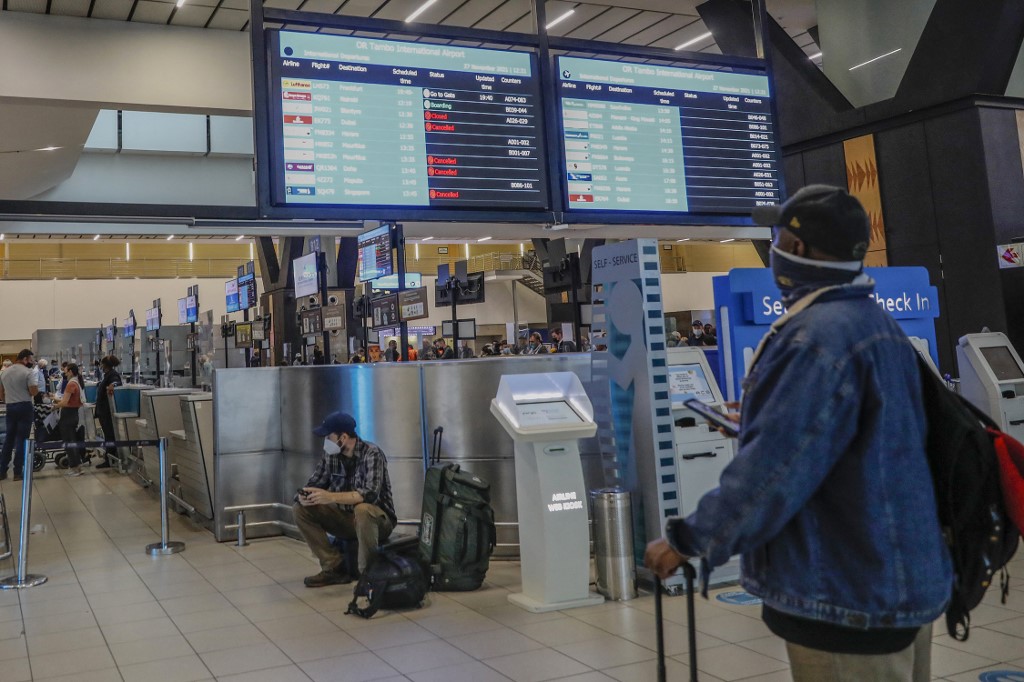 A new, heavily mutated Covid-19 variant spread across the globe on Sunday, shutting borders, renewing curbs, and sparking fears for the fight against the nearly two-year-old coronavirus pandemic.

Dubbed Omicron, the strain has cast doubt on global efforts to battle the pandemic because of fears that it is highly infectious, forcing countries to reimpose measures many had hoped were a thing of the past. Dutch health authorities said they had identified at least 13 cases of Omicron among 61 quarantined passengers who tested positive for coronavirus after arriving from South Africa.

“The investigation has not yet been completed. The new variant may be found in more test samples,” the National Institute for Public Health warned. Despite the alarm, in Austria tens of thousands rallied to protest against the government’s introduction of compulsory vaccination the first EU country to do so.

Chancellor Alexander Schallenberg said it was “a minor interference” compared to the alternative for a country with one of the lowest vaccination rates in Western Europe. With many European nations, including Germany and France, already bringing back curbs to counter surges in infections, Swiss voters broadly backed a proposed Covid pass law in a referendum on Sunday.

In Britain, Health Secretary Avid Javid  said new Covid rules will be enforced from Tuesday. Mask-wearing will again be mandatory in shops and on public transport in England. All passengers arriving in Britain will have to take a PCR test and self-isolate until negative.

Scientists are racing to determine the threat posed by the heavily mutated strain particularly whether it can evade existing vaccines. But a long list of countries have already imposed travel restrictions on southern Africa, where it was first detected, including key travel hub Qatar, the United States, Britain, Saudi Arabia, Kuwait, and the Netherlands. Angola became the first southern African country to suspend all flights from its regional neighbours Mozambique, Namibia, and South Africa.

Israel announced some of the strictest curbs, closing the borders to all foreigners — just four weeks after reopening to tourists following a prolonged closure due to Covid. “We are raising a red flag,” Israeli Prime Minister Naftali Bennett said. Ten million PCR test kits would be ordered to stem the “very dangerous” strain.

Israeli citizens will be required to present a negative PCR test and quarantine for three days if they have been vaccinated against the coronavirus and seven days if they have not. But the virus strain has already slipped through the net, and has now been found everywhere from the Netherlands to Hong Kong and Australia, where authorities Sunday said they had detected it for the first time in two passengers from southern Africa who were tested after flying into Sydney.

The arrival of the new variant comes just a month after Australia lifted a ban on travelling overseas without permission. Denmark confirmed its first Omicron infections, in two passengers who arrived on a flight from South Africa. The speed at which governments slammed their borders shut took many by surprise, with travellers thronging Johannesburg international airport, desperate to squeeze onto the last flights to countries that had imposed sudden travel bans.

In Amsterdam, 61 passengers tested positive after arriving on two flights from South Africa in an ordeal one passenger described as “Dystopia Central Airline Hallway”. New York Times global health reporter Stephanie Nolen said passengers, including babies and toddlers, were crammed together waiting to get tested, and “still 30 percent of people are wearing no mask or only over mouth”.

Scientists in South Africa said they had last week detected the new B.1.1.529 variant with at least 10 mutations, compared with three for Beta or two for Delta the strain that hit the global recovery hard and sent millions worldwide back into lockdown. US Secretary of State Antony Blinken on Saturday “praised South Africa’s scientists for the quick identification of the Omicron variant and South Africa’s government for its transparency in sharing this information, which should serve as a model for the world”.

South Africa had complained it was being unfairly hit with “draconian” air travel bans for having first detected the strain, which the World Health Organization considers a “variant of concern”. 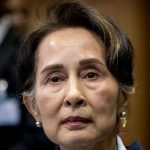