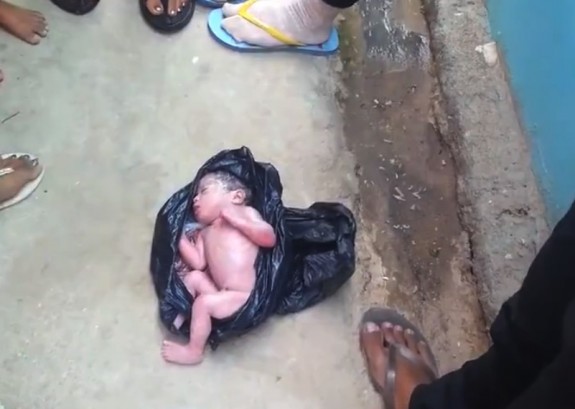 KARACHI: In an extremist example of barbarism, an infant was set on fire in Karachi’s Gulshan-e-Hadeed by unknown men.

As per details, the 15 Madadgar Police received a call from a woman about the presence of a half-burnt infant who was thrown away in Gulshan-e-Hadeed by unknown assailants.

The infant was half-burnt when he was recovered by the police. The infant has been moved to the hospital, where doctors are trying to save his life.

Police said they have started an investigation into the matter of who had thrown the infant.

According to police officials, in the shocking incident, a woman had kidnapped a nine-day-old baby boy from the hospital’s children’s ward.

“The woman was traced in CCTV footage, while she was abducting the baby from the hospital,” police HAD said.