Pakistan’s geographical locationa not only makes it strategically relevant but also attracts great power rivalries. Historically, Russians were obsessed to gain access to warm waters of the Arabian Sea through the areas that now form part of Pakistan.

However, in the evolved global and regional power matrices, it is China-United States strategic rivalry, which is getting the attention of Pakistan’s geostrategic location, particularly since the launching of the China-Pakistan Economic Corridor (CPEC).  Pakistan has had ups and downs in its relations with the US since the early days of the Cold War even if it was firmly placed in the western camp. Within years of its independence, Pakistan signed a Mutual Defense Assistance Agreement with the US, under which Pakistan’s military personnel were given training and equipment. The much-needed financial and military assistance to the newly-independent state was primarily for its unwavering support to the US for its strategy of containment of communism as a member of South East Asia Treaty Organization (SEATO) and Central Organization (CENTO). However, the advantage of this economic and military support was lost once Pakistan and India went to an all-out war in 1965 over Jammu and Kashmir (J&K) dispute, and the US placed Pakistan under embargoes even though India was not part of the US camp at that time.

There is no denying that Pakistan’s armed forces fared well in the 1965 war due to the sophisticated military equipment and training that they got from the US in the preceding years. However, the negative effects of the embargoes could be seen in yet another all-out war with India in 1971.Despite the lack of US support to Pakistan during any of its wars and conflicts with India, it played an all-important role in connecting China and the US in the early 1970s. The role Pakistan played in bringing a superpower of the time with a potential world power was duly recognized. Pakistan expected the US to revive its military and economic support but India carried out its first atomic tests in May 1974 and once again, the US placed Pakistan under sanctions, which were, perhaps, more harmful than previous embargoes.The Pakistan-US relationship is replete with regular join-ups and breakups whenever it suited US national interests.

The next join-up occurred once the erstwhile Soviet Union entered Afghanistan on December 24, 1979. The US leadership under President Jimmy Carter knew that without the fullest support of Pakistan, particularly its military and Intelligence Services, the US would not be able to dislodge the Soviets from Afghanistan. Incidentally, Pakistan was under military rule and agreed in principle to support Afghan resistance to foreign occupation and over three million refugees on humanitarian grounds.  Pakistan enjoyed close economic and military ties with the US as long as the Soviets remained in Afghanistan and Pakistan’s military and Intelligence Services provided all-out support to US-sponsored Afghan resistance. However, soon after the Geneva accord was signed on April 14, 1988, between Afghanistan and Pakistan, with the US and the Soviet Union as guarantors of the subject Accord, the US decided to break ties with Pakistan; adopting Pressler Amendment. The US suddenly discontinued its military and economic assistance so essential to meet the security challenges created out of Afghan turmoil. However, Pakistan bore the brunt of the Pressler Amendment slapped on its nuclear program, so essential for its security.Pakistan faced numerous challenges during the 1990s primarily due to US sanctions. The situation got further complicated when India decided to carry out multiple nuclear tests in May 1998, followed by verbal threats by its leadership seriously challenging Pakistan’s territorial integrity and sovereignty. In fact, US President Bill Clinton tried to persuade Pakistan to desist from its retaliatory tests and offered a generous economic package as compensation. But, Pakistan’s politico-military leadership decided to do away with its policy of nuclear opacity and responded with even more tests. The Clinton Administration was quick to impose new sanctions under Glenn Amendment on both India and Pakistan.

The economic sanctions were extremely damaging as International Financial Institutions (IFIs) stopped cooperating with Pakistani institutions in the most difficult phase of its economy in the post-nuclear tests environment. However, the much-needed respite for Pakistan came only after the 9/11 incidents of attacks on US cities and institutions. The US once again needed Pakistan and its military to launch its vengeful campaign against the Taliban government of the time in Afghanistan. Coincidently, Pakistan once again under a military leader General Musharraf, who had deposed an elected government in October 1999, following the differences developed during the Kargil Conflict of 1999.Pakistan assured its fullest support to the US after President Bush demanded through his famous dictum “with us or without us.” Therefore, Pakistan once again became a Most Favoured Non-NATO (MNNO) ally and started to receive much-needed economic and military assistance. This time again, Pak-US warm relationship was short-lived and Pakistan was once again placed under conditional sanctions. Pakistan’s enormous sacrifices for the US war on terror in Afghanistan were ignored and the demands of “do more” continued.On the other hand, Pakistan’s relations with China are deep-rooted and trustworthy. Historically, the two neighbouring states have supported each other diplomatically at international forums and have an eternal urge to deepen the ties through political, military, economic, and socio-cultural linkages.Without going into the history of the Pak-China relationship, the recent engagement under the CPEC is mutually beneficial.

However, the CPEC is fast emerging as one of the contentious issues of great power rivalry of contemporary times. The US objects to China’s presence and investment in the strategic deep seaport of Gwadar, which sits close to the Arabian Gulf and provides the shortest land route not only to western China but also to Russia as well as the Central Asia States through Afghanistan.Pakistan may shortly face an undesirable diplomatic scenario where it is expected to take a position either with its long term and trustworthy neighbour China, or an unreliable but formidable superpower that is still expected to control the IFIs for at least two decades or so. Pakistan is treading a careful path at the moment but rising tension between China and the US over the Taiwan Straits, South China Sea, the US policy of encirclement of China through QUAD and AUKUS, may have serious implications not only for Pakistan but for the entire region. India may also insist on the US to pressurize Pakistan to abandon CPEC, and the US administration may revive its famous slogan of “with us or without us.” Therefore, Pakistan must strive for a balanced relationship with both great powers based on its important national interests and should not reflect its inclined relationship with any of the two at any given time. 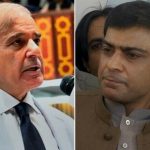 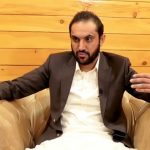 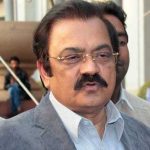 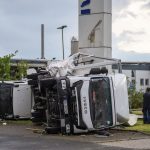