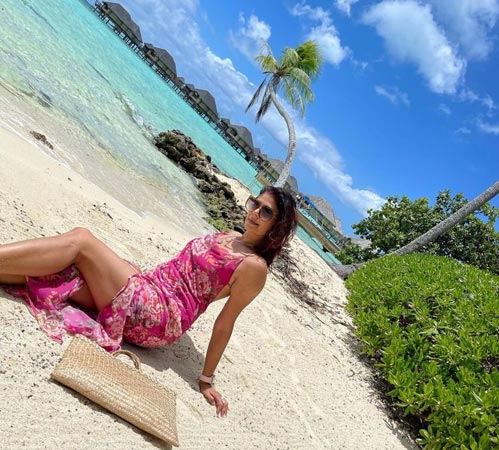 Pooja has shared some dreamy pictures of herself enjoying the beaches of the beautiful vacation destination. In one set of pictures Pooja is seen donning a bikini with exotic foliage print.

Pooja, who was last seen in ZEE5’s Squad is also seen performing yoga poses facing the pristine blue sea. She captioned this post with Isamu Noguchi’s quote, which reads, “We are a landscape of all we have seen.” As soon as Pooja posted her yoga pictures from the holiday, her husband Nawab commented, “Yogini?.” Pooja shot to fame when she appeared with Anil Kapoor and Rani Mukeerji in Priyadarshan’s Virasat. Pooja’s performance was also lauded in films like Akshay Kumar’s Talaash: The Hunt Begins, Mirror Game among others.

Pooja tied the knot with actor Nawab Shah in Delhi in July 2019.

The two made their hush-hush marriage official via social media posts last year.