Govt convokes joint session of Parliament after talks with allies 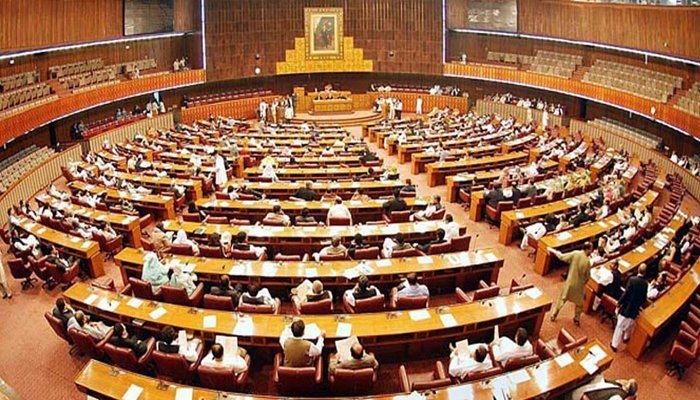 ISLAMABAD: The government finally decides to convoke the joint session of the Parliament on Wednesday, as it still persuading political allies the PML-Q and the MQM-P to extend their support for the bills it plans to table on the electronic voting machines (EVMs), NAB and other issues.

Almost eight to 10 bills, including the one relating to electronic voting machines and the right to vote for overseas Pakistanis, will be presented during the joint session of the Parliament.

Federal Minister for Interior Sheikh Rasheed on Monday maintained that the government’s coalition allies, the PML-Q and the MQM-P, stand with the government on the bills.

Earlier, the PTI allies, PML-Q and MQM-P, had expressed their concerns over the new legislation proposed by the government and complained of being “kept in the dark” over important decisions.

Rasheed further said it was the PM’s dream to introduce EVMs in elections as it would ensure transparency and resolve the issue of mistrust in the electoral system.

The minister asserted that PM had answered all queries related to the EVMs by coalition partners during the meeting. He said transparency would be ensured with the use of EVMs in elections, and termed it necessary to guarantee voters’ trust in the electoral system.

On the other hand, Federal Minister for Information Fawad Chaudhry said all the coalition partners believe in the leadership of PM Imran Khan.

MQM-P not satisfied with PTI

Earlier in the day, Minister of Science and Technology Shibli Faraz briefed an MQM-P delegation to address their reservations on the use of EVMs but didn’t satisfy them.

When asked if the EVMs will avoid rigging or facilitate digital rigging in the polling process, MQM-P Convener Khalid Maqbool Siddiqi had said that the government has only partially briefed the allied parties regarding the use of EVMs.

He had also said that briefings regarding EVMs will continually take place.