Adele reveals how Nicole Richie and Jennifer Lawrence ‘humanised’ her 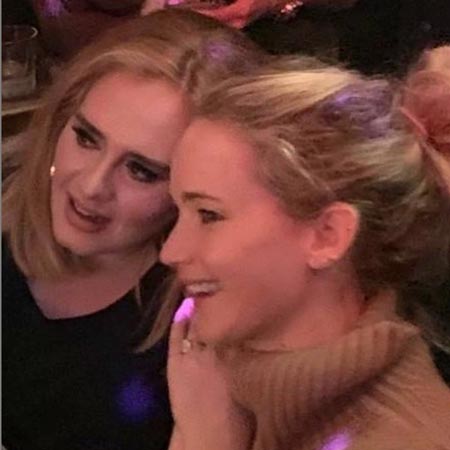 Adele, Nicole Richie, Jennifer Lawrence…can we get an invite to the next hangout? Yes, Adele is one of the biggest stars on the planet, but even megawatt celebrities take their kid to school and befriend other moms in the neighbourhood. In a newly published Rolling Stone profile, the “Easy on Me” singer confirmed she and ex-husband Simon Konecki, who lives across the street from her in Beverly Hills, “do school drop-off” with their son Angelo, 9. And she has made some gal pals in the area that you might know: the aforementioned Richie, mother of two, and mom-to-be Lawrence.

According to Adele, 33, making celebrity friends had quite a grounding impact on her. “They humanised me because I had avoided talking to anyone that was ever famous in any capacity, because I was like, ‘Well, I’m not famous.’ I’m very British like that,” she told Rolling Stone. “We never spoke about work, which was amazing, because most of the time when I catch up with someone, they want to know all about my work, and I’m like, ‘I don’t want to talk about that. Can we talk about something else? I’m knackered.'”

After meeting at the 2013 Oscars, she and Lawrence have been spotted out at more of the same events over the years, including at a New York City gay bar to enjoy a drag show in 2019. “We all see her success. Her undeniable talent and beauty,” the Hunger Games alum wrote in a 2016 Time tribute. “But what you don’t see is what a wonderful mother she is. What a wonderful partner and friend she is. That she makes her son’s Halloween costumes. Adele is a gift, an international treasure, but she’s also sweet, funny, intelligent and beautiful.

It seems Adele’s circle of famous pals even extends to Drew Barrymore. In October, the daytime host revealed on her talk show that their mutual friend-and Richie’s sister-in-law-Cameron Diaz surprised her by bringing Adele along to a dinner at Barrymore’s house.

“I’m not kidding-I got really nervous,” Barrymore admitted. “‘Does my house look OK?'”

Meanwhile, it sounds like she had nothing to be nervous about. “We really just sat on the patio and, like, broke it down,” the star recalled. “She does real talk and I loved every second of it.”