* During the talk, the Archewell cofounder shared how he's
felt the impact of misinformation 'personally over the years' and discussed his experience with the United Kingdom's press 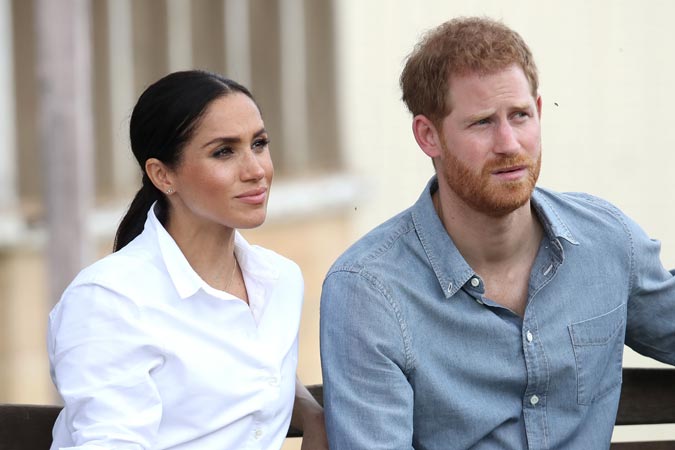 Prince Harry is speaking out against misinformation, which he’s described as a “global humanitarian crisis”. The 37-year-old Duke of Sussex discussed the topic during the RE:WIRED virtual conference on Nov. 9. Harry appeared in a panel titled “The Internet Lie Machine” along with Renée DiResta, technical research manager of the Stanford Internet Observatory; Rashad Robinson, president of Color of Change and co-chair of The Aspen Institute’s Commission on Information Disorder; and Steven Levy, WIRED editor-at-large.

During the talk, the Archewell cofounder shared how he’s felt the impact of misinformation “personally over the years” and discussed his experience with the United Kingdom (UK) press.

“I learned from a very early age that the incentives of publishing are not necessarily aligned with the incentives of truth,” he said. “My experience, I guess, has been more pre-social media around the UK press, who sadly conflate profit with purpose and news with entertainment. And they don’t report the news, they create it. And they’ve successfully turned fact-based news into opinion-based gossip with devastating consequences for the country.”

He then looked back at the life and death of his mother, Princess Diana. “So I know this story all too well,” he continued. “I lost my mother to this self-manufactured rabidness and obviously I’m determined not to lose the mother to my children to the same thing.”

Harry-who is married to Meghan Markle and shares two children, Archie Harrison, 2, and Lilibet “Lili” Diana, five months, with the Duchess of Sussex-also discussed how a “small group of accounts are allowed to create a huge amount of chaos online and destruction and without any consequence whatsoever.”

According to an October report released by Bot Sentinel, a platform that tracks “inauthentic accounts and toxic trolls,” 83 accounts backed by 187,631 followers, “were responsible for approximately 70 percent of the original and derivative hate content targeting Harry and Meghan, Duke and Duchess of Sussex on Twitter.” Harry also accused British journalists of “interacting with and amplifying the hate” and regurgitating lies. He then pointed to the word “Megxit,” which spread online after Harry and Meghan announced their decision to step back as senior working royals last year.

“In fact the term-maybe people know this, maybe they don’t-but the term Megxit was or is a misogynistic term,” he said. “And it was created by a troll, amplified by royal correspondents and it grew and grew and grew onto mainstream media, but it began with a troll.”

Meghan spoke about social media and media that day, as well. The duchess, 40, appeared on a panel at The New York Times’ DealBook Online Summit along with Editor-at-Large Andrew Ross Sorkin and Co-CEO and President of Ariel Investments Mellody Hobson.

“I think there is really legitimate media, but at the moment, you see in many ways social media feeding into that so it becomes a race to the bottom,” she said. “This clickbait culture has made it so that something that’s salacious is more interesting and gets more pickup and can be monetized, so that ends up being the thing that feeds the entire environment of the media. You know, I think the challenging piece there is that, in many ways, because it is so quick and rapid in how it’s being delivered, it’s about creating the news rather than reporting the news.” In addition, Meghan Markle expressed her hope that tabloids will one day “come with a warning label like cigarettes do. Like, ‘This is toxic for your mental health'”.