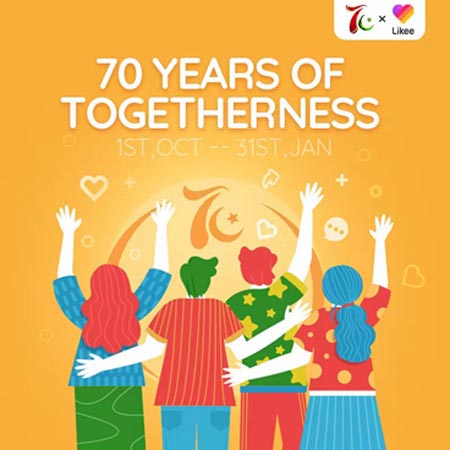 The short video contest launched by Chinese Embassy in Islamabad titled “My Story with China” has entered second stage ‘My Story with CPEC’.

The year 2021 marks the 70th anniversary of diplomatic relations between China and Pakistan. As a special arrangement of the celebrations, the Chinese Embassy in cooperation with the short video sharing platform Likee has initiated a short video creation contest “My Story with China” in order to portrait the bilateral friendship in a new way.

The contest covers a period of four months. The theme is released on the first day of each month. The final is scheduled to be held in the Spring Festival of 2022. The contest will award winners with cash amounts to PKR 2 million in total. The selection is based on the evaluation of short video quality and audience affection.

The previous month enjoyed a total exposure of more than 48 million, with 4,217 short videos collected, and played more than 33 million times, and received 1.85 million likes.