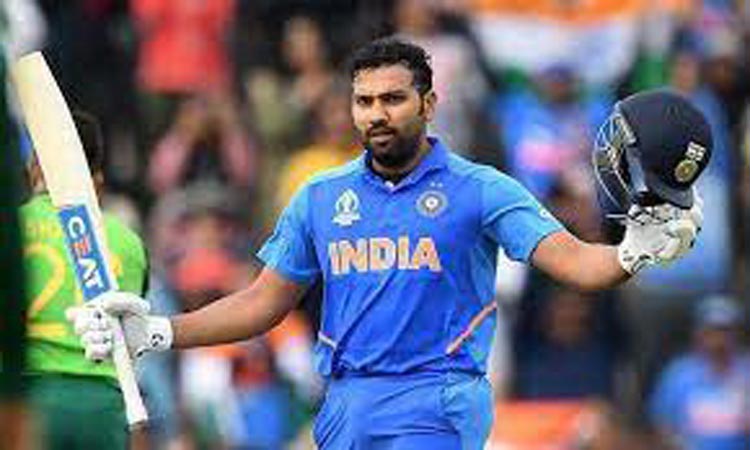 DUBAI: Rohit Sharma has long been the antithesis of India’s superstar Virat Kohli, with his calm and composed demeanour in sharp contrast to the previous T20 captain’s agitated on-field antics. Known as ‘The Hitman’ because of his powerful hundreds and six-hitting, India have turned to the quiet man to reverse their Twenty20 fortunes after being eliminated in the World Cup Super 12 stage. With the nation of 1.3 billion people feeling success-starved, Rohit’s appointment ahead of the next T20 World Cup in Australia in 12 months and the one-day 2023 World Cup could see the 34-year-old become leader of the 50-over team too.

Rohit has played more than 300 white-ball internationals and his experience made him a near automatic choice after Kohli announced he would step down as T20 captain following the World Cup. Kohli, one of the greatest batters of his generation, failed to secure a major title for India just as his Royal Challengers Bangalore side have not won the Indian Premier League. Rohit has led the Mumbai Indians to a record five IPL titles since he took over from Australian great Ricky Ponting in 2013.

Smash hit: He is also known for his 2014 blitz when he smashed 264 from 173 balls against Sri Lanka at Kolkata — the highest one-day international score ever. Rohit is also the only batsman to have scored two double-hundreds in ODIs. A host of Indian and foreign cricket greats including former Indian captain Sunil Gavaskar and ex-England skipper Michael Vaughan had called for Rohit’s promotion.

Rohit boasts far from Kohli’s ‘fitness freak’ silhouette and has been the butt of social media jokes. His carefree stroll onto the pitch and friendly smile when making fielding changes as India’s vice-captain are also far from Kohli’s aggressive in-your-face attitude. But the run-machine has always answered with the bat. Rohit returned to the Test team as an opener in 2019 and hit two centuries in one Test against South Africa. He has since averaged over 60 in the longest format with a highest score of 212. Rohit, who was part of the team that won the T20 World Cup under MS Dhoni in 2007, has always talked about his family being key to his success. He will now face a high-pressure two years in front of fans who rarely give the benefit of the doubt to a losing team. His calmness will be tested.