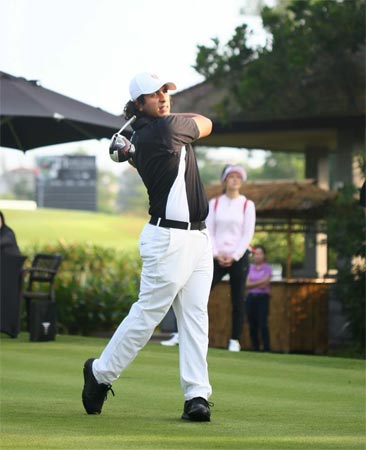 LAHORE: The Punjab Amateur Golf Championship concluded at the Sunrise Golf Club in Bahawalpur on Sunday after three rounds of clash between golfing aspirants of merit.And though at least three of them looked capable,qualified and efficient in their application of golfing skills,it was the boyish and vibrant DamilAtaullah of Lahore Garrison who ended up triumphant with rounds of 81,71 and a final round of 77.His aggregate score counted to 229 and enabled him to relish victory with a four stroke advantage over his adversary Osama Nadeem of Sargodha who managed rounds of 89 on the first day,an improved 75 on the second day and a wonderful 69 on the last day.It was through the final round excellence that Osama leaped to the distinguished runner-up slot and commanded an impressive position in this title bearing event. The third position was attained by Noman Ilyas and his aggregate score for the three rounds was 241.