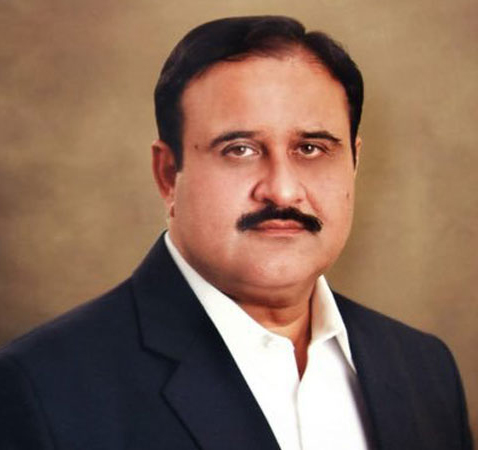 Chief Minister Punjab of Usman Buzdar has granted the initial approval to the summary sent to him for the revocation of the Tehreek-e-Labbaik Pakistan’s proscribed status, a private TV channel reported.

The summary was sent to him by the Punjab home department on Thursday. After granting preliminary approval to the summary, the CM has now sought approval from the cabinet to end the party’s proscribed status through circulation. The cabinet wing of the services department has now sent the summary to all the ministers of the province for their signatures. As per the rules, if no reply is received within three days, the summary will be considered approved.

Earlier in the day, in compliance with a secretive deal between the government and the proscribed TLP, the Punjab government decided to remove the names of at least 90 activists of the proscribed outfit from the fourth schedule. The decision was taken during a meeting chaired by Law Minister Punjab Raja Basharat in Lahore. The meeting also decided to release 100 more activists of the proscribed organisation from different jails in the province. It reviewed the decisions taken by the steering committee formed to deal with all TLP-related matters.

Separately on Thursday, Interior Minister Sheikh Rashid said that the chief of the proscribed Tehreek-i-Labbaik Pakistan (TLP), Saad Rizvi, had insisted on the closure of the French embassy in his talks with the government functionaries.

Addressing a ceremony in Lahore, the interior minister said, “[Contrary to what] one person – who is very respectable and is a major religious figure from Karachi – [says], when I spoke with Saad Rizvi, he was insistent on [the closure of the] French embassy and he was convinced that this [issue] be brought in the [National] Assembly.”

“I have made signatures on this [previous agreement] and I am steadfast on this. As for the rest of the problems, two ministers have been appointed and they will answer your queries,” the minister said to a question. He said that he had received instructions from Prime Minister Imran Khan during the ceremony and “he said the instruction is this that [it is better] if one minister speaks [on the TLP issue]”.

In contrast to Sh Rashid, Mufti Muneebur Rehman had earlier this week claimed that the proscribed TLP had never wanted the government to expel the French ambassador, and nor did they want the closure of the country’s embassy as he disputed reports that these were the group’s key demands. Addressing a press conference in Karachi, Mufti Muneeb had said, “The ministers lied […] the people who held talks with TLP lied about [the group] asking for the French ambassador’s expulsion, closure of the embassy, and severing ties with the European Union.”

Earlier, a statement issued by the group’s central committee on October 27 had also called upon the government to fulfil its agreement of expelling the French ambassador. TLP leader Syed Sarwar Shah Saifi had said that France had committed blasphemy at the government level and the TLP thus expected an official response from the incumbent government.