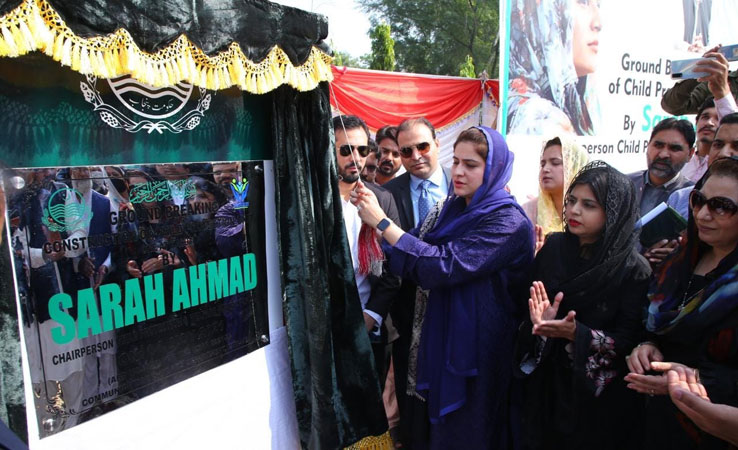 In September 2019, when four girls were kidnapped, abused and murdered in Kasur, the CM Punjab had promised to establish a Child Protection Institute in Kasur.

Talking to the media, Sarah Ahmad said the CPB was already conducting seminars and awareness campaigns in Kasur. Also, that since 2019, CPWB had established a small office there in Kasur and since then, it intervened in 36 cases of child abuse & referred 27 cases of abandoned children who were then shifted to Lahore Bureau for their welfare.

The building of Child Protection Unit Kasur will be constructed at Kutchehri Road. Sarah Ahmad said the unit will provide accommodation to about 30 children and will act as a referral unit. She said the building of unit will be constructed in one year at a cost of about Rs34 million adding that Kasur was a hub for child abuse and pornography and that it was very essential to establish a centre there for protection of child rights.

Sarah Ahmad said child protection units were being set up in 13 districts of Punjab including Kasur.

She said the scope of the Child Protection Bureau will be soon extended to all the districts of Punjab.

Establishment of Child Protection Unit will make possible protection of children in Kasur district, she said.

Sarah Ahmad thanked the chief minister, chief secretary, additional chief secretary Home Department and other departments for their cooperation in setting up child protection units in the districts of Punjab.