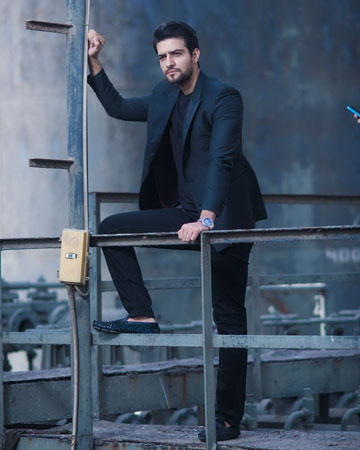 Mohabbat Dagh ki Soorat is one of the most concept heavy and entertaining dramas that are on air on Geo TV right now. The show has been presented by Abdullah Kadwani and Asad Qureshi under their banner 7th Sky Entertainment and has been praised for everything from the performances to the background score, right down to the production design. Danial Afzal Khan, known for his knack of choosing versatile characters, is going to make an appearance on the show soon. The talented actor will be seen portraying the character of a celebrated, charming feudal lord. He will enter Shijrat and Sanaan’s lives and add some deviating perspective to the already complicated situation. His entrance in the story will compel Shijrat to think of the opportunities that lay ahead of her and she might think of seriously considering her options between Sanaan and Danial Afzal’s character who has a demanding yet sweet and affable demeanour.