* 'I am pained that I lost a friend, brother,' he explained 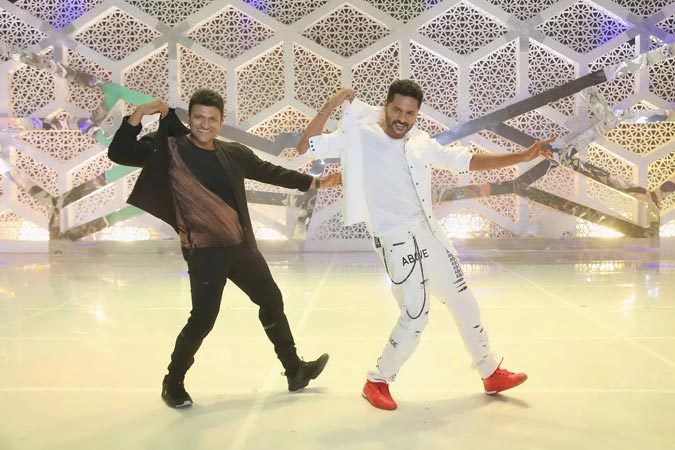 Telugu superstar Nandamuri Balakrishna and choreographer/filmmaker Prabhudeva arrived in Bengaluru on Saturday and paid their last respects to Kannada actor Puneeth Rajkumar, who passed away at the age of 46 due to a cardiac arrest.

Balakrishna stated that, though he and Puneeth were born to different mothers they were like brothers.

“I am pained that I lost a friend, brother. He used to attend all programmes that invited him. He had donated his eyes. We have met many times at Lepakshi along with Shivrajkumar, his elder brother. He had entertained people as an artiste,” he explained.

“Puneeth will live eternally in our hearts,” he said.

Meanwhile, Prabhudeva said that Puneeth was too young to die.

“He is a gem of a person. I recently shot a song for him. My father was in tears after hearing about the news of Puneeth’s death. He wondered whether it was true,” he added.

The late actor will be cremated on Saturday evening here with full state honour.

His body has been kept at Kanteerava Stadium for his fans to pay their last respects.