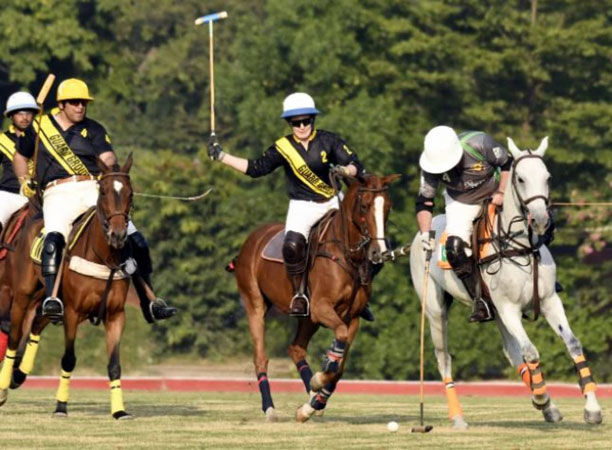 LAHORE: Guard Group qualified for the main final of the Lulusar Polo in Pink 2021 while ZS Polo Team booked berth in the subsidiary final at the Lahore Polo Club Ground here on Thursday. Yesterday, two important matches were played under American system among three teams. The first match proved to be a thrilling one, where after a tough fight, Habib Metro Lions defeated Guard Group with a narrow margin of 5-4. Guard Group then played aggressive polo against Airlink Eagles and outsmarted them by five goals to one and a half. In the third and last match between the three teams, Airlink Eagles beat Habib Metro Lions by two and a half goal to two goals. With better goal average, Guard Group qualified for the main final. In the second match played under American system three teams, ZS Polo Team routed Nagina Group by four goals to two and a half goal in the first match.In the second match, ZS Polo Team defeated Remington Pharma by 3-2 while Remington Pharma outpaced Nagina Group by 6-2 in the third match. ZS Polo the qualified for the subsidiary final. On Friday (today), two important matches will be played as Total Nutrition, Zacky Farms and Nurpur will vie against each other in the first match to be played under American system while the second match will be played between Black Horse Paints and Team Country. The winner of the first match will qualify for the subsidiary final and the winner of second match will book berth in the main final.