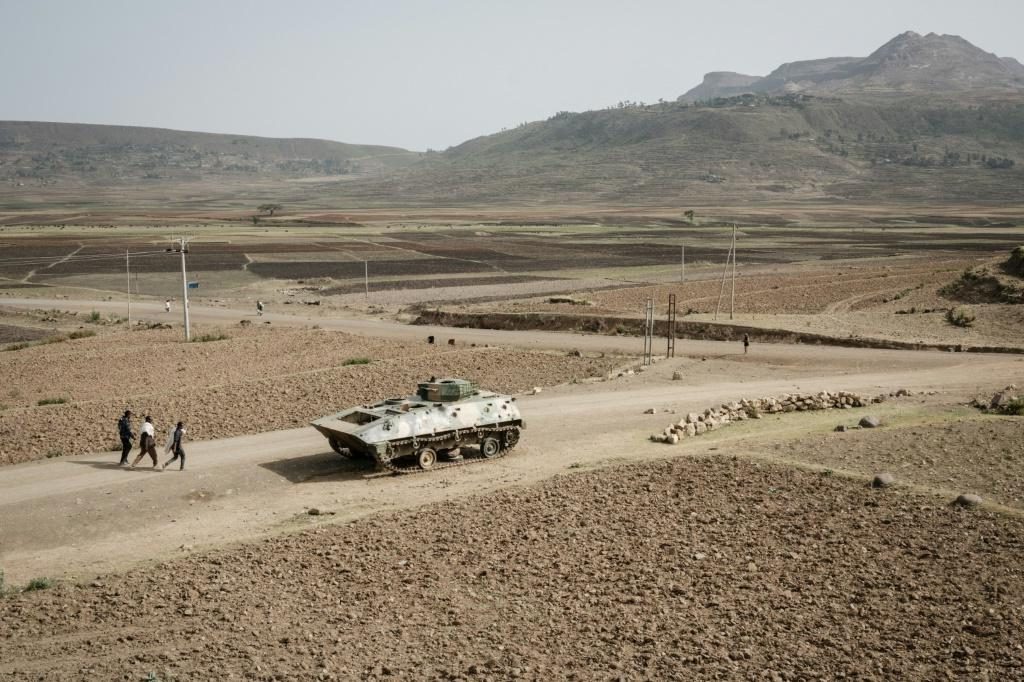 Ethiopia’s military on Tuesday launched another airstrike in war-torn Tigray, hitting what a government official called a rebel training facility just outside the regional capital Mekele.

Tigray was pounded by near-daily aerial bombardments last week in a sign the military was stepping up its use of airpower in the year-long war against the Tigray People’s Liberation Front (TPLF). The bombings in the northern and western parts of Tigray have drawn international censure and disrupted UN access to the region where an estimated 400,000 people face famine-like conditions under a de-facto aid blockade. The latest strike was in Quiha, a town five kilometers (three miles) east of Mekele, which the TPLF recaptured from government forces in June and has held ever since.

“A special forces training center for the terrorist group TPLF has been the target of today’s airstrike,” government spokeswoman Selamawit Kassa said. “(A) large number of the group’s illegally recruited military personnel were taking military trainings at this center.” TPLF-linked Tigrai TV reported that jets “conducted an attempted airstrike” on Mekele, without providing further details.

Last week, Ethiopia’s air force carried out eight strikes on targets which the government said were military in nature and aiding the TPLF. The UN said two strikes on Mekele on October 18 killed three children and wounded several other people. The TPLF said the strikes were evidence of the government’s disregard for civilian lives. The escalation in aerial assaults coincides with ramped-up fighting in Amhara region, south of Tigray.

Western powers, including the US, have condemned the strikes as an unacceptable risk to civilians. A strike Friday on Mekele forced a UN flight carrying 11 humanitarian personnel to turn back to the Ethiopian capital Addis Ababa, and the UN subsequently announced it was suspending its twice-weekly flights to the region. The conflict has spurred fears of widespread starvation in Tigray, with the UN and other agencies reporting chronic difficulties getting aid supplies into the stricken region.

The UN said last week that fuel shortages had forced some relief groups to suspend food distribution in a region where 5.2 million need aid. Tigray erupted in conflict in November 2020 after Prime Minister Abiy Ahmed sent troops to topple the TPLF, the region’s former ruling party. The 2019 Nobel Peace laureate said the move came in response to TPLF attacks on army camps and promised a swift victory, but by late June the rebels had regrouped and retaken most of the region, including Mekele.