Head to head: Pakistan vs India in T20 World Cup 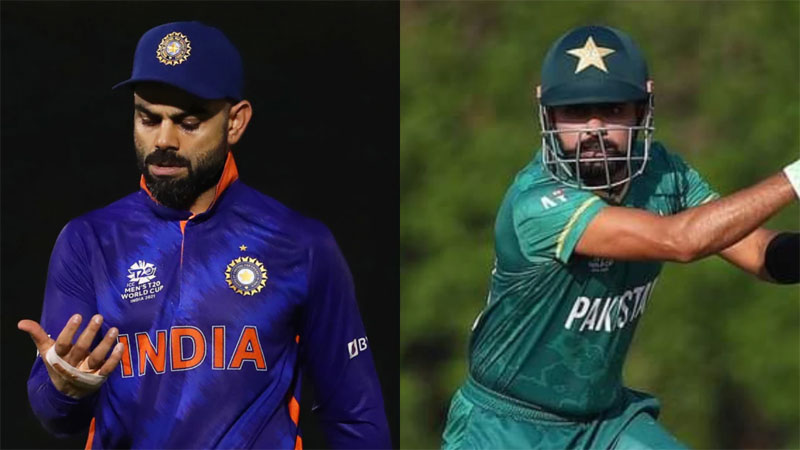 Pakistan and India first met at the T20 World Cup on September 14, 2007, in Durban, South Africa, where the Men In Blue had batted first and set a target of 141 runs. Pakistan had chased the score, which led to a ball-out. In that contest, India were able to take all three wickets, while Pakistan took none.

Ten days after their first match, both teams met at the T20 World Cup in Johannesburg on September 24, where the Men In Blue, led by Mahendra Singh Dhoni beat Pakistan by five runs in a nail-biting match to clinch the title.

The two sides clashed for the third time in Colombo on September 30, 2012, where India trounced Pakistan by eight wickets and chased down a 129-run target. During the match, ViratKohli bowled three overs and picked up the wicket of “The Professor” Mohammed Hafeez.

In their fourth T20 World Cup match, played on March 21, 2014, in Dhaka, Pakistan batted first and scored a small 130-run target, which India won by seven wickets with nine balls in hand.

In their last match on March 19, 2016, Pakistan failed to put up a defendable total as they scored a scanty 118 runs in Kolkata. Mohammad Amir troubled Indian batsmen by picking up wickets, but the Men In Blue managed to come out on the top in the end and beat Pakistan by six wickets.