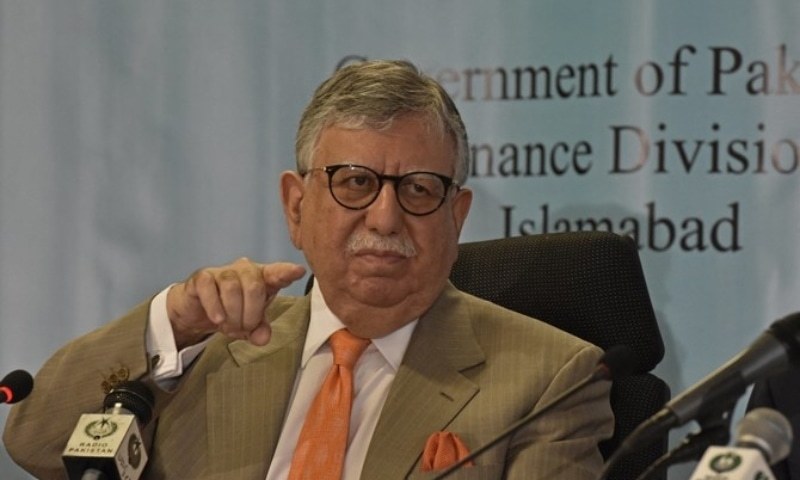 ISLAMABAD: Pakistan is getting closer towards reaching a staff-level agreement with the International Monetary Fund (IMF). Advisor to the Prime Minister on Finance and Revenue Shaukat Tarin said on Wednesday.

Both the authorities supported Tarin’s statement saying that the PM’s aide was making the last-minute effort to sign the Memorandum of Economic and Financial Policies (MEFP) with the IMF employees through a consensus and they will see a positive result anytime soon.

“Yes we are close,” Tarin said when asked about the progress of Pak-IMF talks on Wednesday night.

Tarin had come back from New York and cancelled his scheduled visit to London in a bid to conclude the Sixth Review talks under the $6 billion Extended Fund Facility (EFF) with the IMF’s team of staff members.

Pakistan and the IMF team agreed on jacking up discount rate by 100 basis points, raising it up from 7.25 percent to 8.25 to 8.5 percent, taking additional revenue measures on removing GST exemptions, jacking up rates of income tax for income brackets, abolishing Regulatory Duty (RD) on luxury items and reducing flow and stocks of the monster of circular debt.

It is yet to be seen how many steps will be included as part of prior action in case a staff-level agreement is struck between Pakistan and IMF high-ups.

The current account deficit surged to $3.4 billion in the first quarter, so it could go up to $14 billion keeping in view the existing pace against SBP’s projection of $6 to $9 billion for the current fiscal year.

The imports had swelled close to $20 billion in the first three months and at the existing pace, it might go close to $78 billion. The curtailment of imports is essential but it could be curtailed at $5 billion per month, so the import bill could be stopped at $65 billion. It requires a combination of steps on exchange rate, monetary policy stance and fiscal fronts otherwise the current account deficit could go out of control.

When contacted, IMF’s Resident Chief Teresa Daban Sanchez on Wednesday night replied that the IMF team remained engaged with Pakistani counterparts on moving forward with our work agenda. “We are looking forward to our continued discussions with the Pakistani authorities on the set of economic policies and reforms that could form the basis for the completion of the 6th review under the EFF,” she added.

This scribe also contacted Muzammil Aslam, Spokesperson for Advisor to PM on Finance, on Wednesday. He said that the review talks were progressing well and good news would soon be shared with the nation.

Meanwhile, the Ministry of Finance stated late Wednesday night that as per the SBP, the current account deficit has reduced to USD1.13 billion in September from USD1.47 billion in August. Overall, the deficit in the first quarter was reported at USD3.4 billion.

“It is important to note that the surge in import bill is due to a combination of few one-off imports, rising global commodities and energy prices,” the statement read, adding that approximately USD 400 million were spent on vaccines just in the month of September 2021 and overall one billion dollars during the last quarter. Therefore, adjusting with vaccine imports, the current account deficit for the quarter has reduced to USD 2.4 billion.

“Moreover, the sudden surge in import bills is the function of abnormal surge in commodity prices. Energy prices including oil, LNG or coal prices are following an upward trend. Chemicals, steel and food prices are also on the rise. We expect supply bottlenecks of above-stated items will streamline in the months to follow. This will further reduce pressure on import bills.

“On the export front, the trend is increasing on a month-on-month basis to USD2.64 billion in September or 12.5%. In the first quarter, exports were recorded at USD 7 billion. It is expected that exports will be close to USD 31 billion and USD 6-7 billion services exports in June ending 2022. Similarly, remittances are right on track to mark USD 32 billion. Remittances & exports of goods & services combined will be in the range of USD 70 billion in FY22.

“Lastly, due to better crop outlook, the import of sugar, wheat and cotton will witness massive slowdown during the second half of fiscal year. This will further reduce imports and in turn, current account deficit. The risk to above includes further hike in global commodity and energy prices,” the statement concluded.