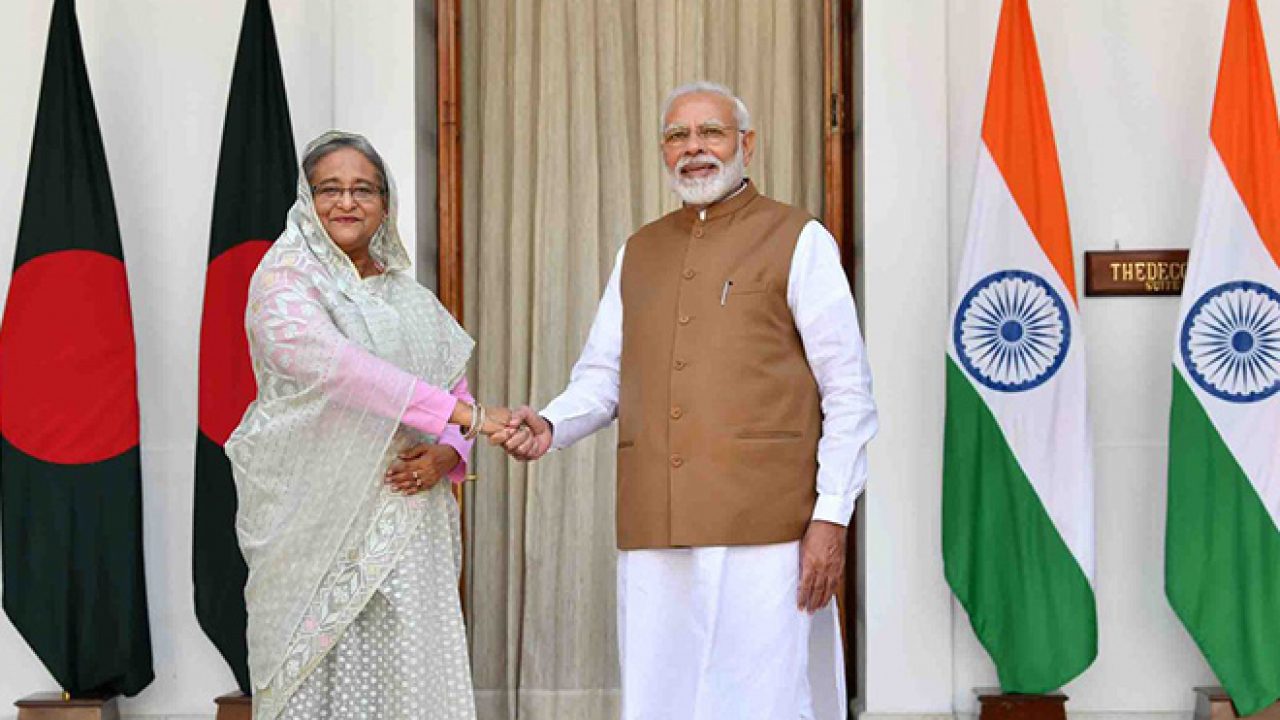 DHAKA: On Saturday, Bangladesh Prime Minister Sheikh Hasina has cautioned New Delhi that any biased step towards Muslims could influence the Hindu community in her country.

She maintained this amidst daily incidents of hatred against the Muslims in India and the Narendra Modi government’s discriminatory attitude towards minorities, following the revocation of Article 370 and passage of the Citizenship (Amendment) Act.

In a virtual interaction with members of the Hindu community to mark Durga Puja, Sheikh Hasina pledged to take stern measures against those who destroyed some Hindu temples during Durga Puja celebrations.

However, three people were killed and several others injured during clashes between Muslims and the police at Hajiganj sub-district in Chandpur, bordering Cumilla, on Wednesday, while a fourth person could not sustain his wounds later.

Hasina warned, “Nobody will be spared. It doesn’t matter which religion they belong to. They will be hunted down and punished.”

However, Hasina on the occasion asked India to stay alert against the escalation of any communal violence. “We expect that nothing happens there (in India), which could influence any situation in Bangladesh affecting our Hindu community here,” Hasina said.

The Telegraph quoted Hasina as saying, “You all know that those who came to power in our country after 1975 used religion to divide people… The rise of global terrorism also has had an impact on our country. Countering this is not only our responsibility, and neighboring countries like India should also remain vigilant… India did help us in the liberation war (of 1971) and we will remain ever grateful for the support… But they (India) have to be aware that such incidents should not take place there which would have an impact on Bangladesh, and the Hindus in our country face attacks.”

“Some people are religiously blind and they always want to create communal conflicts. These people belong not only to the Muslim community but belong to other religious faiths as well,” the Bangladesh PM added.