* Buzdar says final decision will be made after developing political consensus 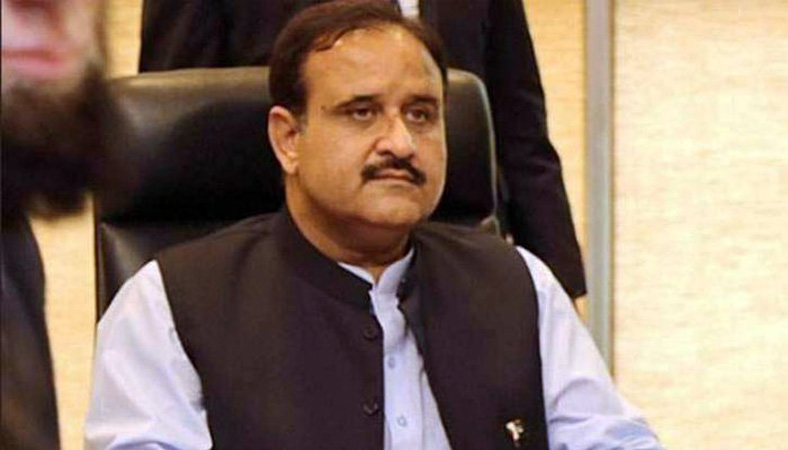 The meeting reviewed proposals to bifurcate Lahore in two districts on administrative grounds. Senior Member Board of Revenue presented proposals in this regard. Chief Minister said the city of Lahore was becoming overpopulated and bifurcation in two districts on administrative grounds was the need of the hour. However, decision would be made after political consensus.

The chief minister directed to present final proposals in this regard and directed to prepare a new map according to areas of Lahore. The CM was told in a briefing that administrative bifurcation in two districts would lead to creation of new tehsils in Lahore. Chief Secretary, Senior Member Board of Revenue and Principal Secretary to CM and attended the meeting.

Meanwhile, Sanaullah Mastikhel MNA called on Chief Minister Punjab Sardar Usman Buzdar and apprised him about the problems of his constituency.

The CM assured to resolve the issues and pointed out that development work has been started in various constituencies according to parliamentarians’ priorities. Public service is my core agenda, he maintained.

On the other hand, the CM regretted that the unscrupulous elements in PDM are promoting their negative politics. Those involved in negative politics have lost their credibility because people demand development and prosperity in their areas, he stated. The unnatural umbrella alliance of the opposition parties has ignored national interest and, regrettably, left no stone unturned to put the national interest at stake, the CM concluded.

While presiding over a meeting to review the performance of the social welfare department and steps aimed at the welfare of the indigent strata, the CM directed to devise a comprehensive skills development program to alleviate poverty. He further directed sensitising the people about the institutions providing welfare related services along with setting up a helpline. A community welfare centre will be established in Lahore for making transgenders a useful organ of society, he disclosed. The elderly occupants of old-age homes should be regularly checked, the CM told and announced that new shelter homes will be functionalized in Gujranwala, Multan, Pakpatton and Jhang while children homes will be established in Attock and Toba Tek Singh for the lost and abandoned children. Furthermore, a state-of-the-art centre for the treatment of addicts will be set up, he said. The addicts will be provided technical and vocational training to earn their livelihood. Earlier, the secretary social welfare department briefed about departmental performance.

Chief Minister Punjab Sardar Usman Buzdar has expressed a deep sense of sorrow over the death of children in a road accident near Gojra and extended sympathies to the bereaved heirs. The CM has directed the administration to provide the best treatment facilities to the injured children and action be initiated against the driver responsible for the accident.

Chief Minister Punjab Sardar Usman Buzdar has sought a report from CCPO Lahore regarding the murder of a female assistant of a lawyer in Johar Town Lahore. The CM directed to arrest the accused immediately and brought them to book. The CM assured that the victim’s family would be given justice at all costs.

Chief Minister Punjab Sardar Usman Buzdar in his message on International Day for Natural Disaster Reduction has said that by using the latest scientific technology damages caused by natural disasters could be reduced and the present government has strengthened disaster management authority for relief work and also to minimise the losses in case of natural disasters. The CM has said that protection of the lives of people during natural calamities was the prime responsibility of the state and awareness campaigns in the general public in an effective manner was a prerequisite as the prompt response mechanism helps to control the damages in such circumstances. The CM said in order to overcome the natural disasters training programmes on modern lines and use of technology was a prerequisite, he added.