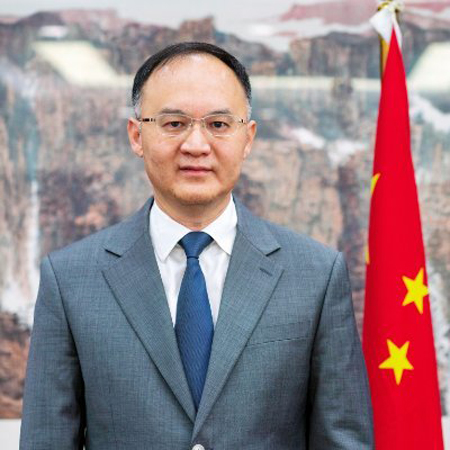 Ambassador of China to Pakistan Nong Rong Friday said work on Combined Cycle Power Plant near Trimmu Headworks in Jhang district of Punjab was going on smoothly and it was expected to complete soon.

In his tweet, the Chinese envoy said the 1263 MW Re-gasified Liquefied Natural Gas (RLNG) based power plant was being undertaken by a Chinese company and work on the project did not hamper during the COVID pandemic and would complete soon.

“Happy to learn another power project undertaken by Chinese company, the 1263 MW Combined Cycle Power Plant Project in Punjab is going on smoothly amid the COVID-19 pandemic and is expected to be completed soon,” he said.

Meanwhile according to official documents, the project would generate more than 3,000 employment opportunities during construction phase while 2,000 during its operations.

Utilising state-of-the-art technology, the plant has the design efficiency of 61.16pc which is rated amongst highest efficiencies in the world.

The project would also result in fuel-saving of billions of rupees to the national exchequer during 30 years project life period while reducing overall tariff.