Online visa service to be started for Afghanistan 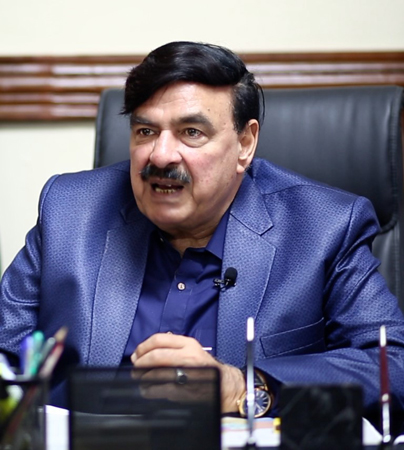 Minister for Interior, Sheikh Rashid Ahmad on Wednesday said that online visa service will be started for Afghan citizens to make this process more transparent and smooth.

Talking to the media, the minister said that this new system will start working within 10 days as the government will provide an on-arrival visa.

“Otherwise, they have to face cases against them in Pakistan”, he added. He said that the Federal Investigation Agency (FIA) had been given the task to avoid hoarding of dollars in the country. He added the present government was making sincere efforts to provide all basic facilities for the country’s people.

He said that things were changing in the region and Pakistan being a responsible state would fulfill its responsibility of national security while meeting international expectations as a major country in the region with the objective to strengthen peace in Afghanistan.

He said that the borders of Torkham and Chaman had been placed on the biometric system while the remaining borders will also be added to the system later. He said that the Pakistan army was proficiently accomplishing its responsibility to safeguard the country and performing duties on borders to protect every inch of the motherland.

He said that unfortunately Pakistan Muslim League-Nawaz (PML-N) was trying to malign state institutions for petty political gains but it will fail to do so, he added.

“Defeat was their fate and it will face same in future as well, as they were doing all this out of their to be in power,” he added. He advised Nawaz Sharif to come back if he wanted a serious role in the country’s politics.

Replying to a question about barring former Prime Minister Yousaf Raza Gilani from traveling abroad, Sheikh Rashid said that his name was placed on Exit Control List (ECL), however, he can approach Interior Ministry or the court regarding the matter.

Sheikh Rashid reiterated that he has no knowledge of the government’s talks with the outlawed Tehreek-e-Taliban Pakistan (TTP). The interior minister said he believes in reconciliation, not confrontation, as he revealed that the government was aware of three to four groups joining the militant group.

At a press conference in Islamabad two days back, the interior minister had said that holding talks with some factions of the TTP was Prime Minister Imran Khan’s decision. “Negotiations will be done with only those who lay down their arms and recognise the Constitution,” Rasheed mentioned, echoing what the premier had said last week.

On Saturday, Federal Minister for Information and Broadcasting Fawad Chaudhry had said wars come to a halt through talks after PM Imran Khan revealed the government was in talks with the banned TTP.

Right before that, Chaudhry supported a “normal life” for militants associated with the banned outfit TTP, who wish to pledged loyalty to the state. Chaudhry, in a video statement, said: “Peace-loving people who wish to follow the Constitution should be given a chance to get back to a normal life.”

The information minister said the government seeks to move forward with the conditions laid down by the prime minister — who had called for the disarmament of the TTP. Chaudhry said the state’s policies are made in line with the situation at hand. “The people who could not fulfil their pledge of allegiance to Pakistan want to return to fulfil this pledge.”