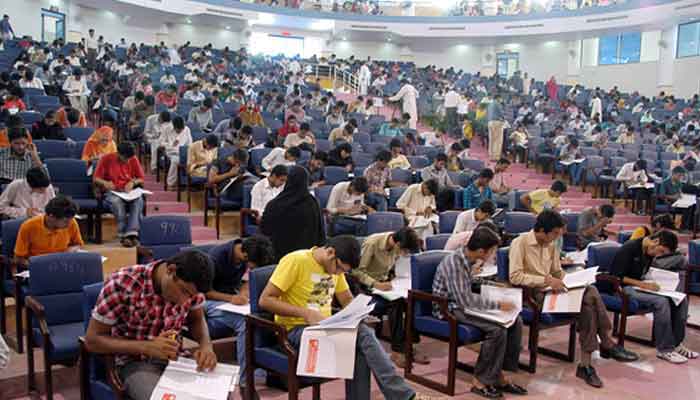 KARACHI: On the recently conducted Medical and Dental College Admission Test (MDCAT) across the country, several students filed a petition in the Sindh High Court (SHC) on Monday.

Students across the country have been holding protest demonstrations demanding that the test be conducted again to ensure ‘transparency and merit’. However, advocate Hassan Khan filed the petition on behalf of the students.He stated that there were multiple fluctuations in the test for admission in medical and dental colleges. The future of students is at risk, he added.

The petitioners cited the Pakistan Medical Commission (PMC), medical tribunal and others as official respondents in the petition. Moreover, on October 1, a delegation of students called on Special Assistant to the Prime Minister (SAPM) on Health Dr Faisal Sultan and apprised him of their concerns and grievances about the test.

The Pakistan Medical Commission has rejected allegations of irregularities in the test saying it was taken under the best possible system.