How Lena Headey elevated Cersei Lannister in Game of Thrones

* The English actress, with the help of Game of Thrones writers, saved Cersei from becoming a cartoonishly villainous character 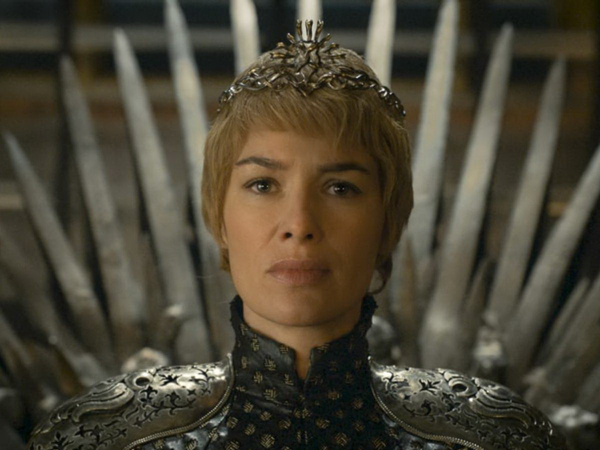 Lena Headey turned 48 on Sunday. The talented English actor had appeared in a number of projects before Game of Thrones, but it was HBO’s popular fantasy series that catapulted her to height of fame.

She played the role of Cersei Lannister in David Benioff and D. B. Weiss-created show which was based on George RR Martin’s novels. Let’s explore how Lena Headey, with the help of writers, saved Cersei Lannister from becoming a cartoonishly villainous character.

On paper, Cersei is pure evil, the personification of ruthlessness, the queen of mean, and schemes. A vicious human being without a shred of conscience. To paraphrase her own words, everybody who isn’t a Lannister is potential enemy. She had no qualms in getting a young boy killed if it helped protect her dirty secrets.

She even gets an infant girl, her husband Robert Baratheon’s bastard from a prostitute, killed just out of spite. This is obviously not including numerous other people she had killed or threatened to get her way. In books, particularly, the character is more one-note for the most part. This is mainly because Cersei is not a point-of-view character until the fourth book. So the readers just see her atrocities, not what is going on in her mind until then.

She brought a lot of nuance, emotion and vulnerability to the character and even everyday sounding lines assumed a lot of gravity when coming out of her mouth

However, thanks to Lena Headey and some solid writing by Martin and GoT’s writers, Cersei is a more rounded character in the show. Benioff and Weiss quickly realised they needed to show Cersei’s side from the start to make sure Lannisters did not become supervillain in the comic-book sense.

If one digs deep into the character, it is no wonder Cersei is as despicable as she is. Westeros is a quasi-medieval England and back then the world was brutal for everyone, but especially for women. They were treated as little more than objects – things to acquire and dispensed with or traded like chattel to achieve political goals. For instance, if a lord wanted to ally with another, more powerful lord or king, he could basically sell his daughter and call it marriage.

And that is what Tywin Lannister, the patriarch of House Lannister, did with Cersei. She had dreamed of marrying Prince Rhaegar Targaryen, but her father forced her to marry Robert instead. A witty, intelligent woman like Cersei was forced to live in a loveless marriage with a drunkard husband who often raped and beat her. It is no wonder then that she became a bitter and hateful woman. It helps that it was an actor of Lena’s calibre who played the role. She brought a lot of nuance, emotion and vulnerability to the character. Even everyday sounding lines assumed a lot of gravity when coming out of her mouth. In many ways, Lena elevated the character of Cersei Lannister through her performance. It is remarkable that her portrayal of such a severely negative character never devolved into histrionics.