* The move comes amid tension over a French decision to reduce the number of visas it grants to citizens of Algeria, Morocco and Tunisia 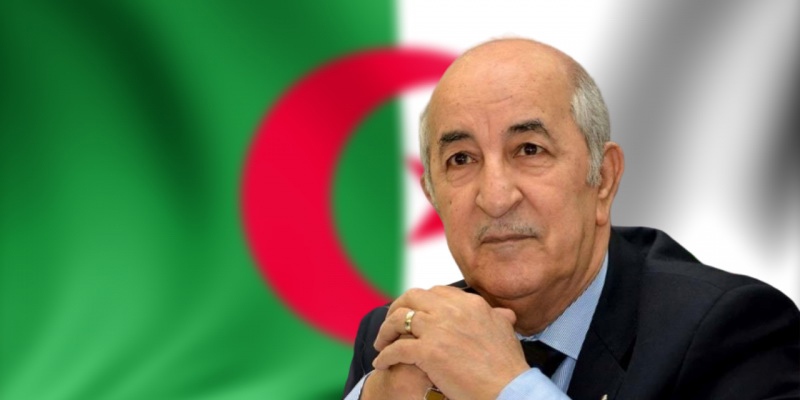 Algeria accused its former colonial ruler France of “genocide” and recalled its ambassador from Paris in anger over what it said were “inadmissible” comments attributed to French President Emmanuel Macron.

The Algerian government also banned French military planes from its airspace on Sunday.

France’s jets regularly fly over Algerian territory to reach the Sahel region of western Africa, where its soldiers are helping to battle armed groups as part of its Barkhane operation.

“This morning when we filed flight plans for two planes, we learned that the Algerians had stopped flights over their territory by French military planes,” an army spokesman, Colonel Pascal Ianni, told AFP news agency.

He said the decision “does not affect our operations or intelligence missions” carried out in the Sahel.

Algeria’s government and military were not immediately available for comment on the closure of airspace.

‘Crimes of colonial France’: The immediate recall of Algeria’s ambassador from France for “consultations” was announced on Saturday in a statement from the Algerian presidency.

The moves also come amid tension over a French decision to sharply reduce the number of visas it grants to citizens of Algeria, Morocco and Tunisia.

“Following remarks that have not been denied, which several French sources have attributed by name to [Macron], Algeria expresses its categorical rejection of the inadmissible interference in its internal affairs,” the statement said, adding the French comments were “an intolerable affront” to Algerians who died fighting French colonialism.

“The crimes of colonial France in Algeria are innumerable and fit the strictest definitions of genocide,” it said.

French daily Le Monde reported that Macron made critical remarks about Algeria during a meeting on Thursday with French Algerian descendants of the Harkis, Algerians who fought on the French side during Algeria’s war of independence.

According to Le Monde, Macron said Algeria was ruled by a “political-military system” and described the country’s “official history” as having been “totally re-written” to something “not based on truths” but “on a discourse of hatred towards France”.

The newspaper added the French president made clear he was not referring to Algerian society as a whole but to the ruling elite.

The Algerian government did not specify which Macron comment prompted the recall of its ambassador, but it accused him of interfering in Algerian internal affairs.

Macron was also quoted questioning whether there had been an Algerian nation before French colonial rule. Algeria won its independence from France in 1962 after a bloody military struggle.

A source in the Algerian government said the comment about Algeria’s existence as a nation had caused particular anger. Algeria’s ruling elite since independence has been largely drawn from veterans of its war of liberation from France.

“We understand Macron is on [an election] campaign and that he wants to get far-right support by all means, such as insulting Algeria’s history… This is unacceptable to us,” a former Algerian minister said. France holds a presidential election next April.

France said the decision to reduce visas for Algeria, Morocco and Tunisia, which it announced last Tuesday, was made necessary by the former colonies’ failure to do enough to allow asylum seekers rejected by France to return.

It called the visa reduction an “unfortunate act” that caused “confusion and ambiguity as to its motivation and its scope”.