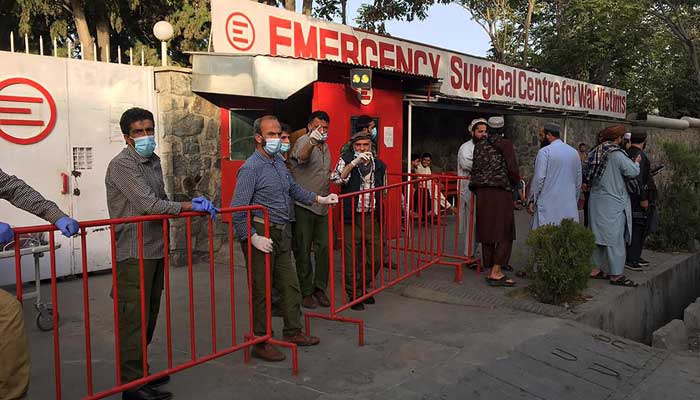 KABUL: An explosion outside a mosque in the Afghan capital killed  “a number of civilians” on Sunday, the Taliban said

The blast struck near the entrance of the large Eid Gah Mosque in Kabul, spokesman Zabihullah Mujahid said on Twitter, adding that “a number of civilians” died. A spokesman from the interior ministry, Qari Sayed Khosti, told: “Our initial information shows two civilians were killed and three wounded in the blast.

A prayer ceremony for Mujahid’s mother, who died last week, was being held at the mosque on Sunday afternoon, the spokesman had written on social media on Saturday, adding “all people and friends are invited to attend”.

Ahmadullah, a shopkeeper nearby, told: “I heard the sound of an explosion near the Eid Gah Mosque followed by guns firing. “Just ahead of the blast the Taliban had blocked the road to hold a prayer ceremony for Zabihullah Mujahid’s mother in the Eid Gah Mosque.”

AFP journalists in two locations in the capital also heard the blast and shooting. Ambulances carrying the wounded were seen rushing towards Kabul’s Emergency Hospital in the Shahr-e Naw area.

The hospital said on Twitter that four patients were being treated. Medical staff waited outside, AFP journalists saw, as people arrived in blood-stained clothes. There was no immediate claim of responsibility for the attack.